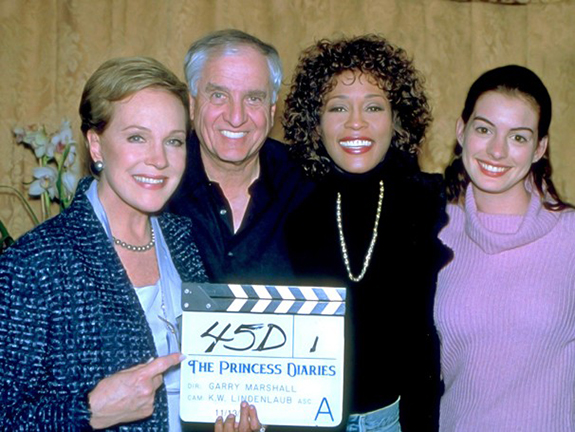 The great director Garry Marshall died this week. Aside from directing Pretty Woman and many TV shows, he was also the director of The Princess Diaries in 2001 starring Anne Hathaway and produced by Whitney (through her company Brownhouse Productions). Here pictured (left to right) are Julie Andrews (also in the film), Garry Marshall, Whitney and Anne Hathaway.