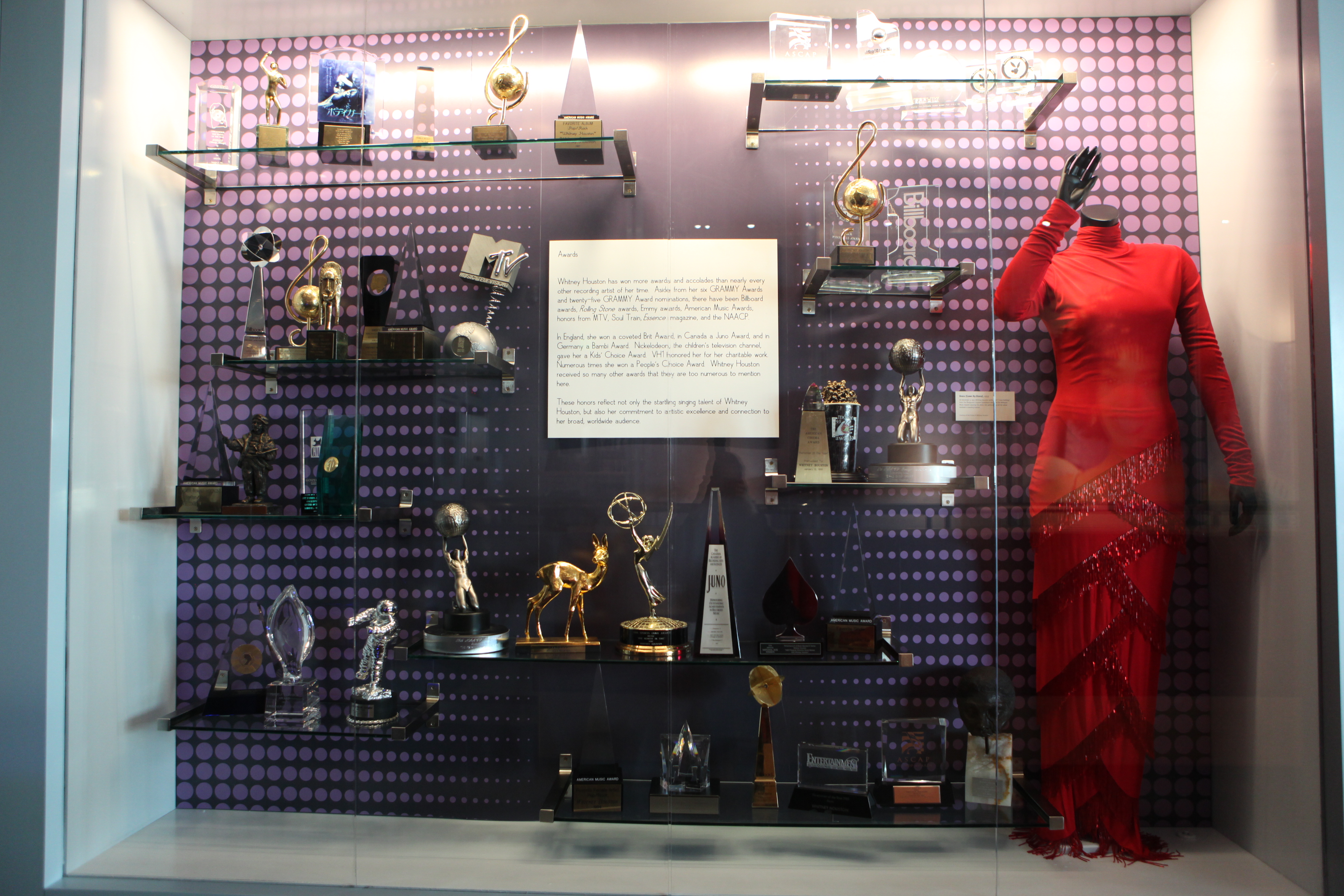 Whitney Houston’s awards, some of which are shown on display at the GRAMMY Museum, reflect not only her startling singing talent, but also her commitment to artistic excellence and connection to her broad, worldwide audience. You can see many of Whitney’s honors on display in this photograph, but they are a fraction of the several hundred awards that she received over the course of her unparalleled career. The Guinness Book Of World Records has recognized Whitney Houston as the Most Awarded Female Artist of All Time.

Donna Houston had a pivotal role in getting the Whitney Houston GRAMMY exhibit together. Thank you, Donna!