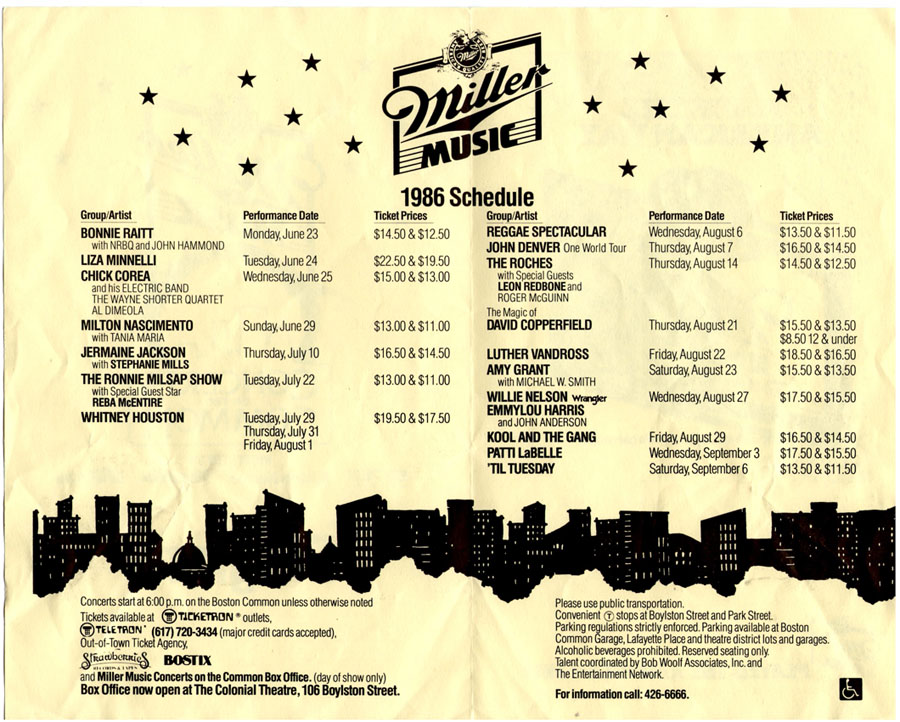 Whitney’s first major concert tour — The Greatest Love World Tour — commenced in July of 1986 and consisted of 35 shows in North America, 5 in Europe, 7 in Japan and 3 in Australia. On July 29, 31, and August 1 of 1986 she participated in the Miller Music Festival, an annual event held at Boston Common in Boston, Massachusetts. Here is the poster from that year with the line-up, showing Whitney and others performing that summer.