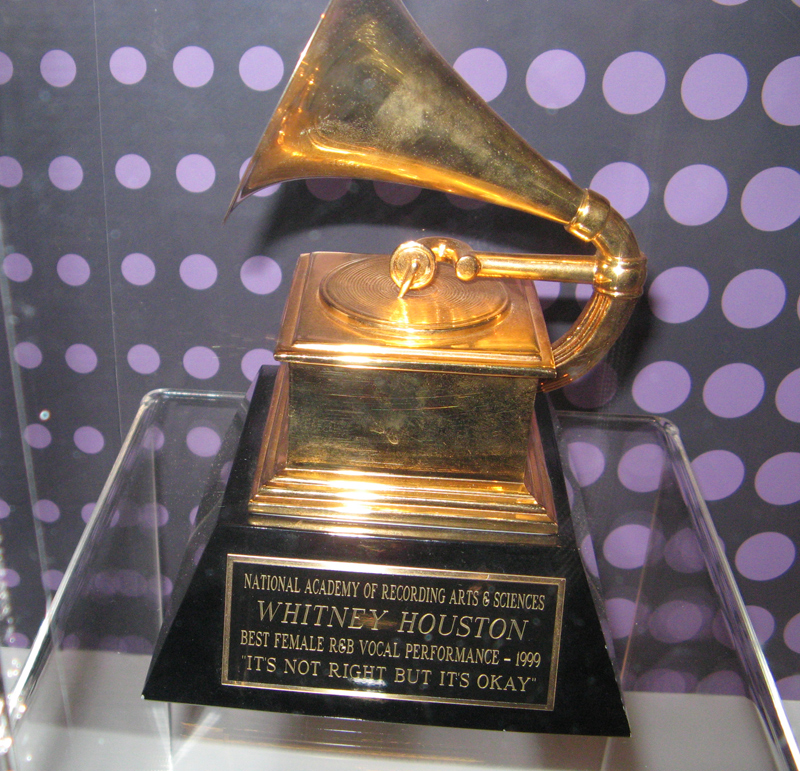 This photo from the GRAMMY Museum exhibit Whitney! Celebrating the Musical Legacy of Whitney Houston shows her sixth GRAMMY Award, which Whitney won in 1999 for Best Female R&B Vocal Performance for “It’s Not Right But It’s Okay.” Whitney performed a medley of “It’s Not Right But It’s Okay” and “I Learned From The Best” from the album My Love Is Your Love at the GRAMMY Awards that year.