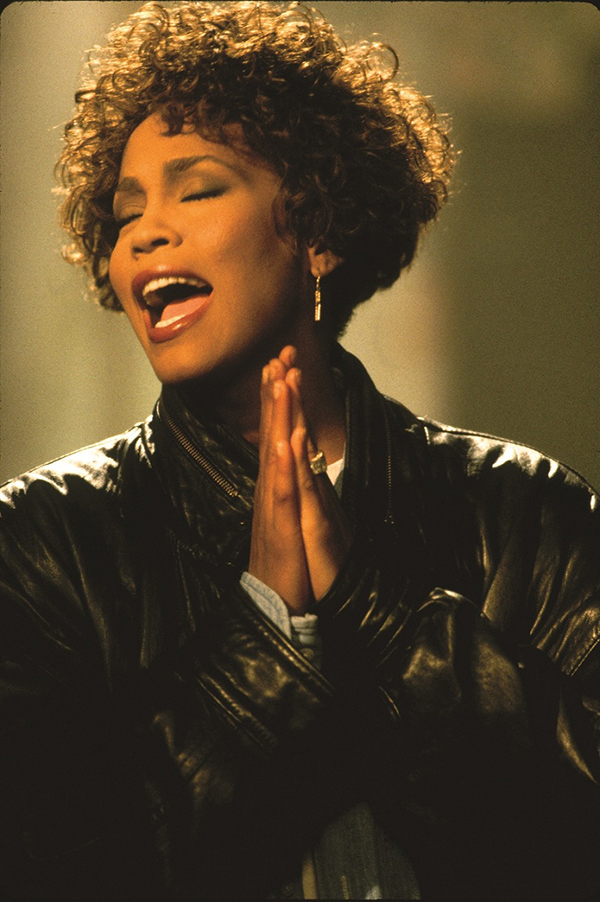 Roadside Attractions and Miramax will release Whitney, Academy Award®-winning director Kevin Macdonald’s highly anticipated documentary about the life and career of legendary superstar Whitney Houston this summer in the United States on July 6th, it was announced today by Roadside Attractions presidents and co-founders Howard Cohen and Eric d’Arbeloff, along with Miramax’s CEO Bill Block.

Executive producers Altitude Film Entertainment are handling international sales and their award-winning distribution arm will release the film, produced by Lightbox and Lisa Erspamer Entertainment, in the UK and Ireland also on July 6th.

Whitney is the intimate, definitive account of the superstar’s life and career, authored by renowned Oscar®-winning filmmaker Kevin Macdonald. The only film officially supported by the late singer’s estate, it includes previously unreleased recordings, rare never-before-seen footage and live performances recorded by Houston at various stages her life, as well as original studio recordings and acapellas of some of the late singer’s greatest hits. Because the filmmakers had access to vast archives of the Houston estate, the film also contains personal home movie footage that has never been seen publicly before, offering a rare glimpse of Whitney’s life behind-the-scenes as known only to her closest relatives, friends and collaborators.

Director Macdonald says, “”I approached Whitney’s life like a mystery story; why did someone with so much raw talent and beauty self-destruct so publicly and painfully? I was lucky enough to have the support of Pat Houston and the Whitney Houston estate in this quest. They entrusted me with the ‘keys to the vault’ while giving me complete freedom to follow the story wherever it went. At heart, Whitney is an intimate family story that reveals a new side to a woman that even her most die-hard fans never knew.”

“To tell Whitney’s story, you have to know her story,” says Patricia Houston, the late singer’s manager, sister-in-law and the executor of Houston’s estate. “We could not be more excited that Whitney’s fans will have this authoritative and definitive documentary chronicling the full arc or her career and the scope of Whitney’s entire life. This is an amazing retrospective that celebrates Whitney with never-before-seen footage and Kevin approaches her life with no blinders on. He captures all of Whitney’s magic, and he does not ignore the hard times. This is a film that will truly thrill all who knew and loved her as a musician, actress, model and so much more.”

Often referred to simply as ‘The Voice’, Whitney Houston was a singular talent, blessed with an extraordinary vocal range and incredible technical skill. As one of music’s biggest selling artists ever, she broke more records than any other female singer in the history of pop music. With over 200 million album sales worldwide, and remaining the only artist to chart seven consecutive US No. 1’s, Whitney Houston became the voice of a generation and is the most awarded female singer in history. Coming from an esteemed lineage of singers, Whitney was destined to be plucked from her gospel-singing roots to rule the world stage. She inspired a generation of singers from Mariah Carey and Lady Gaga to Beyoncé and her unforgettable performance of ‘The Star-Spangled Banner’ moved the nation.

But all these achievements became overshadowed by a story of deep internal turmoil, addiction and self-destruction. With unprecedented access to friends, family and collaborators – some of whom have never told their story before, Kevin Macdonald offers the first comprehensive look at Whitney Houston’s life, work and creative process. The film reveals a woman who was both blessed and cursed with perhaps the greatest natural ability of any pop star in history.

Whitney is the third collaboration between Roadside Attractions and Miramax. The two companies have previously partnered on 2015’s Mr. Holmes and Southside With You. Along with the U.S., Miramax has also acquired rights for more than a dozen territories for Whitney, including Canada, Latin America, China, CIS, and Benelux.

ABOUT MIRAMAX
Acquired by beIN Media Group (beinmediagroup.com) in March 2016, MIRAMAX® is a global film and television studio best known for its award-winning and original content. Nasser Al-Khelaifi serves as Chairman of MIRAMAX® and beIN Media Group.

ABOUT LIGHTBOX
Headquartered in London and Los Angeles, Lightbox is a multi-platform media company creating high quality non-fiction content for an array of distribution platforms. It was founded by two-time Academy Award-winning producer Simon Chinn (Man on Wire, Searching for Sugar Man) and Emmy-winning producer Jonathan Chinn (Fantastic Lies, American High). Lightbox is currently in production on content including a landmark feature documentary on the Weinstein scandal for BBC2, Food Exposed with Nelufar Hedayat for FUSION, as well as multiple series for platforms and broadcasters including Netflix and National Geographic. Lightbox has previously produced documentary series including Captive, a major 8-part series for Netflix about international hostage crises; LA92, an Emmy-winning feature documentary on the 1992 LA riots for National Geographic Channels; War Child – an acclaimed feature documentary on the refugee crisis for Channel 4; Absolutely Fashion: Inside British Vogue for BBC Two and The Traffickers for Fusion, as well as content for Xbox Entertainment Studios, NBC Universal’s Esquire Network and ESPN’s prestigious 30 for 30 strand. www.lightboxent.com

ABOUT LISA ERSPAMER ENTERTAINMENT
Lisa Erspamer Entertainment is a Los Angeles based multi-media production and consulting company focused on scripted and non-scripted content. The company has brought its unique media and storytelling expertise to clients including Starbucks, Sony Television, People Magazine, Pinterest, Apple and more. Erspamer is a three-time Emmy-nominated producer for her work on “The Oprah Winfrey Show” and her documentary film “Running From Crazy” about the Hemingway family. She’s also a New York Times best-selling author and former chief creative officer and executive vice president of programming and development for OWN: The Oprah Winfrey Network. Most recently, Lisa co-founded Happy Street Entertainment, a television, film, digital production and entertainment consulting company. In addition to the current Whitney documentary, Lisa has several other projects in production under the moniker Happy Street Entertainment, such as the nationally syndicated talk show “Pickler & Ben,” which just got a second season renewal and a documentary on legendary songwriter Diane Warren with two-time Oscar winner Barbara Koppel.