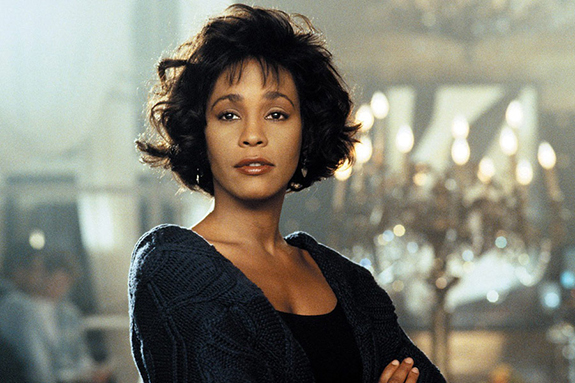 On November 3, 1992, “I Will Always Love You” was released as a single. This song, from the soundtrack of Whitney’s first movie The Bodyguard, was written by Dolly Parton and had been recorded by her as well as several other artists including Linda Ronstadt and John Doe (whose version is playing on the jukebox when Kevin Costner and Whitney are dancing). The song became a worldwide phenomenon and propelled Whitney’s already big success into the stratosphere. It was #1 on the Billboard Hot 100 for 14 consecutive weeks as well as being a huge international success … even to this day.