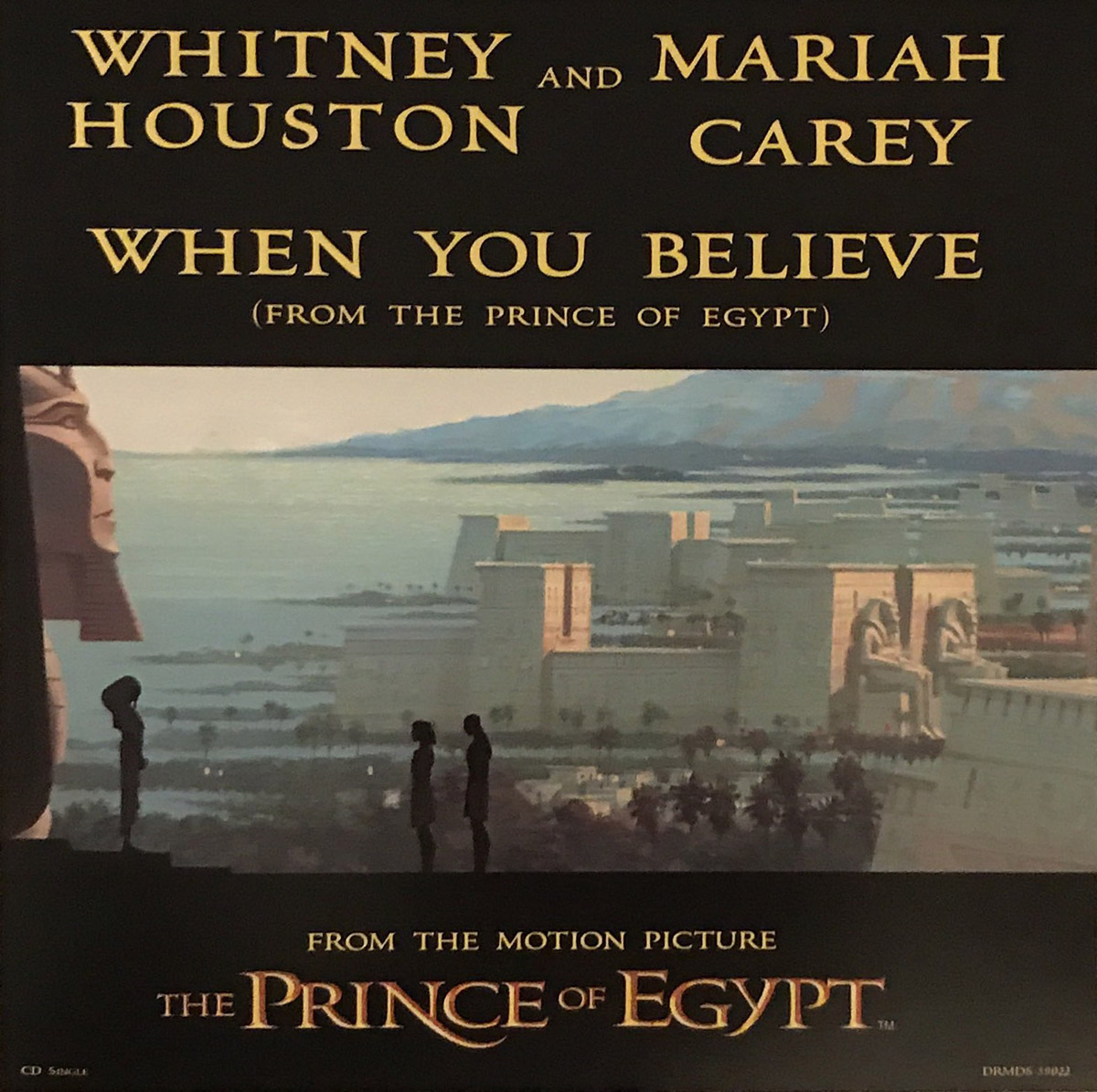 On October 26 and 27, 1998 (24 years ago), Whitney and Mariah Carey filmed the music video for their song “When You Believe” at the Brooklyn Academy of Music in New York. The song was written for the DreamWorks animated feature The Prince of Egypt and won an Oscar for Best Original Song.