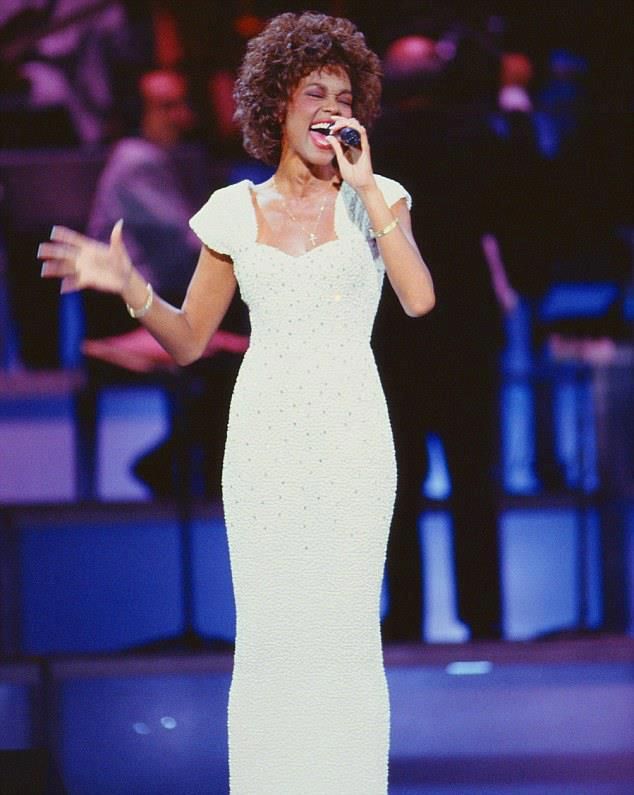 The Winter Olympics are currently on in South Korea but the Summer Olympics also were held in South Korea – in 1988!! And the official song back then was Whitney’s “One Moment In Time!” Released in August 1988, and written by Albert Hammond and John Bettis, the song was produced by Narada Michael Walden. It reached #5 on the Billboard Hot 100, appeared on the Summer Olympics album and became a worldwide anthem. In 1989, Whitney performed the song at the opening of the 31st GRAMMYs® – to a standing ovation! Whitney performed the song at several occasions after that, including the U.S. Open Tennis Championships/Arthur Ashe Stadium opening. The song also was included on Whitney: The Greatest Hits, on The Ultimate Collection, and second disc of I Will Always Love You: The Best of Whitney Houston. This photo is from her performance of the song on the GRAMMYs.