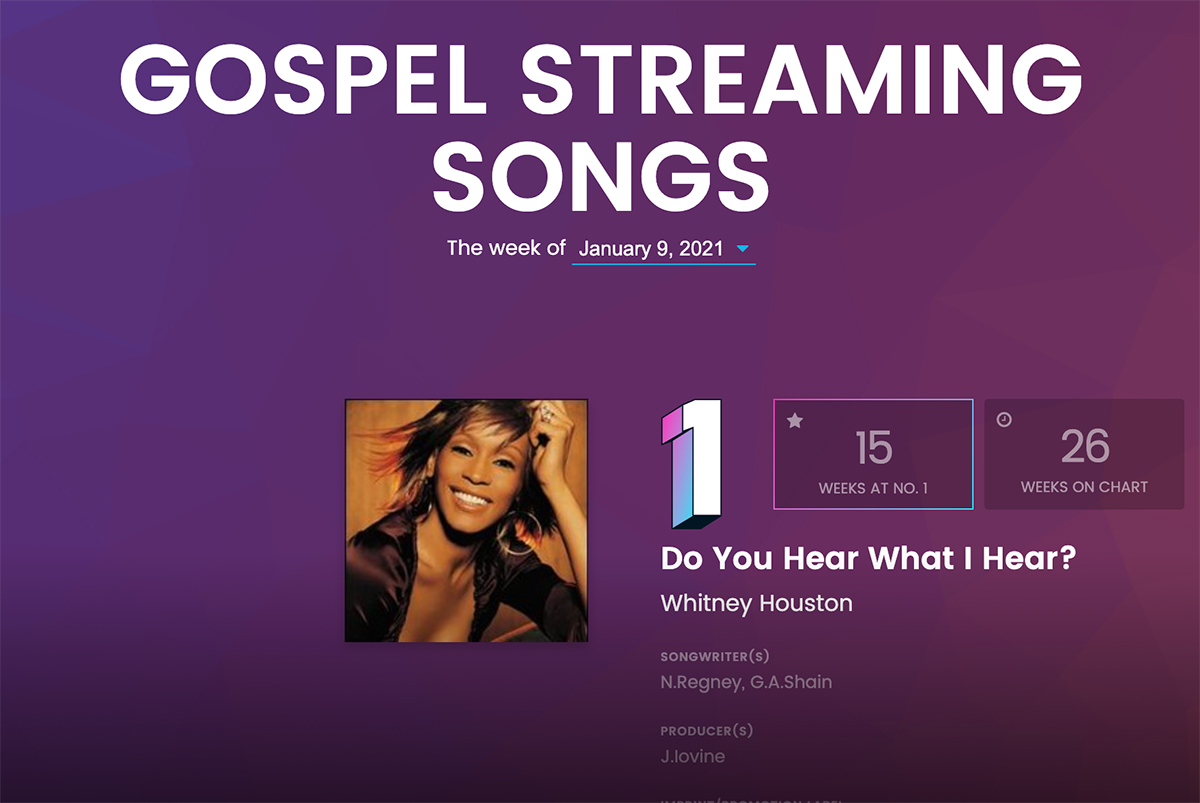 Whitney’s “Do You Hear What I Hear” is #1 again this week on the Billboard Gospel Streaming Songs chart, where it has stayed at the top for the past seven consecutive weeks! This brings the song’s cumulative run at #1 on the chart to 15 weeks.

Whitney originally recorded “Do You Hear What I Hear” for the first A Very Special Christmas benefit album in 1987, donating her recording to raise money for the Special Olympics.