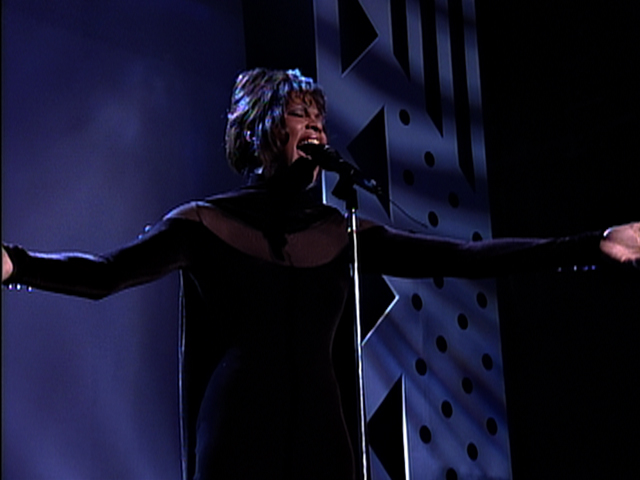 February 7, 1994 – Whitney received an astounding eight American Music Awards (a record for a female artist), including the Award of Merit for her career achievement, presented by Stevie Wonder. She performed what is arguably her greatest live TV performance during the show, singing a medley of “I Loves You Porgy,” “And I Am Telling You I’m Not Going” and “I Have Nothing.”