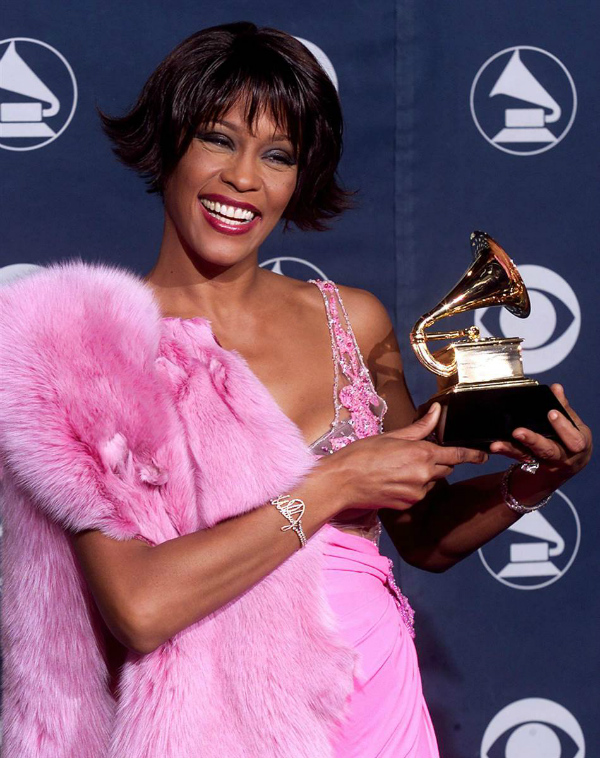 Continuing with GRAMMY Week – here is Whitney in the press room backstage at the 42nd GRAMMY Awards after winning for Best Female R&B Vocal Performance for the song “It’s Not Right But It’s Okay,” which she also performed on the show. The ceremony was held on February 23, 2000 in Los Angeles, California.