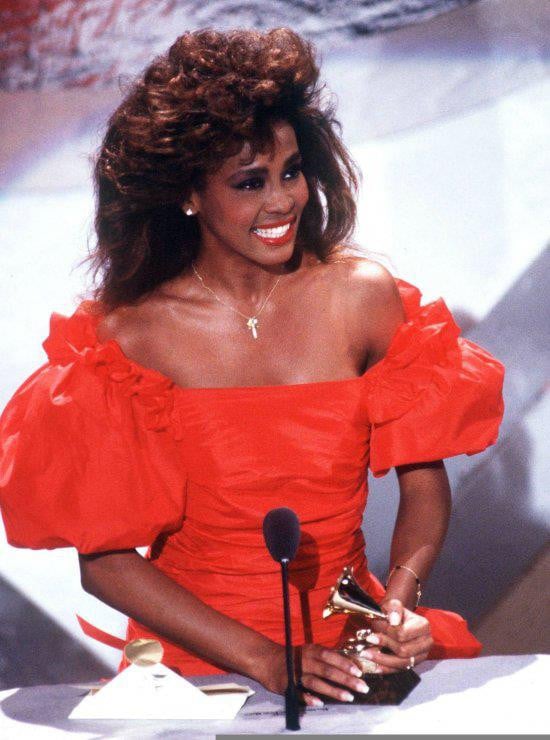 It’s GRAMMY week. Here is Whitney when she received her first GRAMMY Award, for “Best Pop Performance, Female” for the song “Saving All My Love For You.” The ceremony was held on February 25, 1986 at The Shrine Auditorium in Los Angeles, Calfornia. The award was presented to her by her cousin Dionne Warwick and Julian Lennon. She was 22 years old.