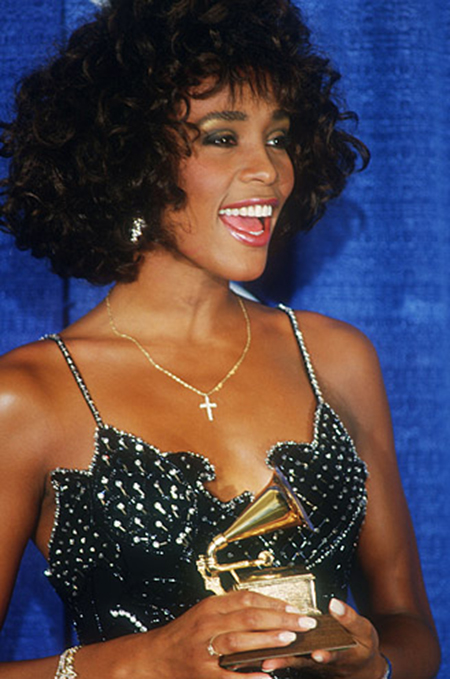 Continuing GRAMMY Week – Whitney won her second GRAMMY on March 2, 1988 for Best Pop Performance, Female for the song “I Wanna Dance With Somebody (Who Loves Me).” The ceremony was held in New York City at Radio City Music Hall, which was a rare occurrence for the GRAMMYs. Whitney was presented the award by Anita Baker and Robbie Robertson that night.