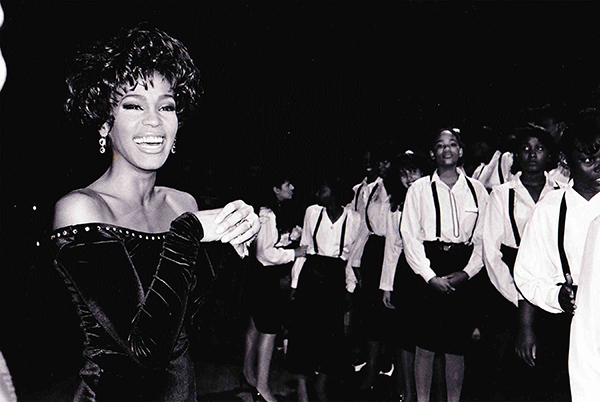 Whitney and children’s choir pictured during a break in filming the music video for “All The Man That I Need” at Newark Symphony Hall in New Jersey in 1990. The song was released as a single on December 4, 1990 with “Dancin’ On The Smooth Edge” as the B-side. Ten weeks after release, it reached #1 on the Billboard Hot 100, becoming Whitney’s ninth Number One single. It became a #1 hit on the R&B/Hip-Hop Songs chart as well as the Hot Adult Contemporary chart, and became her first single to top all three charts simultaneously.