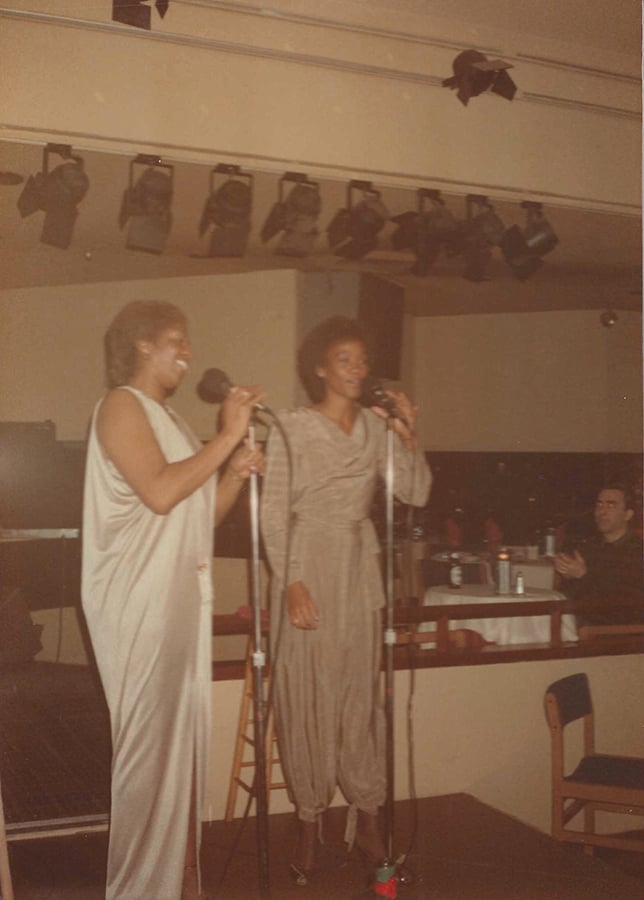 January 8, 1985 – (37 years ago), Whitney performed a co-headlining engagement with her mom Cissy at Sweetwater’s Club on the Upper West Side in New York City. This was prior to the release of her first album which would come just a month later in February. This photo shows Whitney and Cissy on stage at Sweetwater’s in the early 1980s.
﻿
﻿﻿Photo courtesy of The Estate of Whitney E. Houston