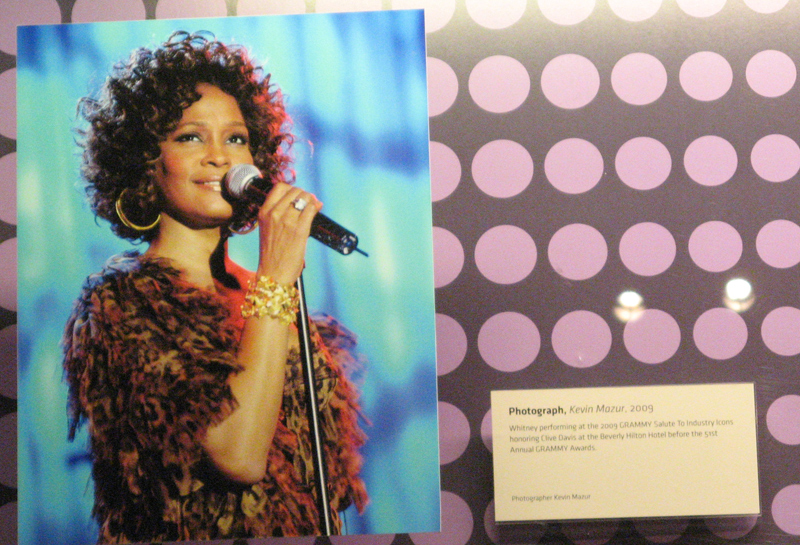 This photo from February 2009 shows Whitney Houston performing at the GRAMMY Salute to Industry Icons honoring Clive Davis before the 51st Annual GRAMMY Awards. Whitney performed a set of some of her greatest hits on this night, including a spectacular rendition of “It’s Not Right But It’s Okay.” She would release her album I Look To You in August later that year.