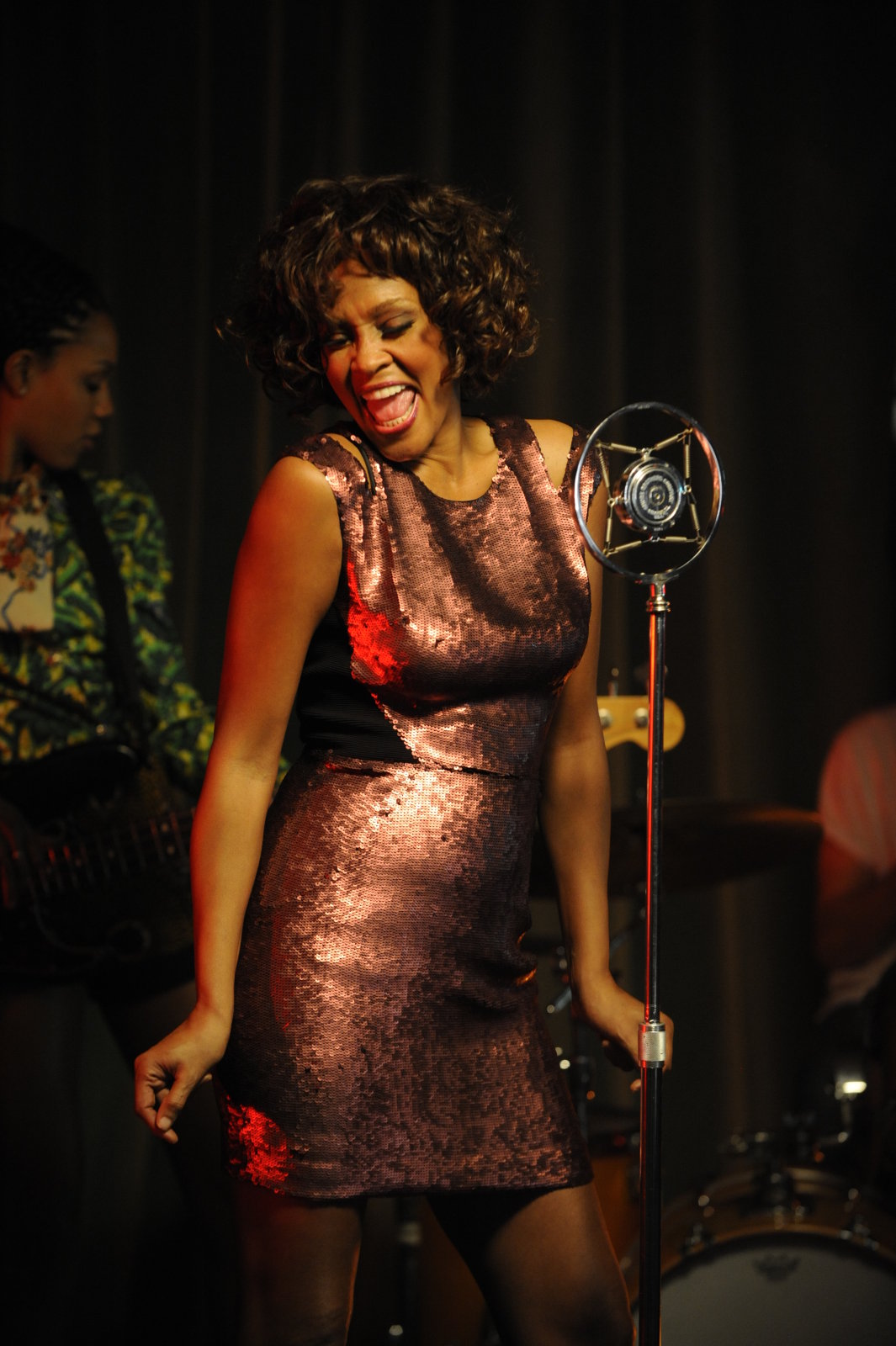 “Million Dollar Bill,” the second and last single from Whitney’s last studio album, I Look To You, was released on August 18, 2009. Written by Alicia Keys, her husband Swizz Beatz and Norman Harris (the song samples Loleatta Holloway’s “We’re Getting Stronger”), it was recorded in New York City and produced by Alicia and Swizz as well. Whitney was a big fan of Alicia’s music and approached her about working together – they became good friends. This photo is from the video shoot and this scene was filmed in downtown Manhattan in a restaurant/club called The Park.