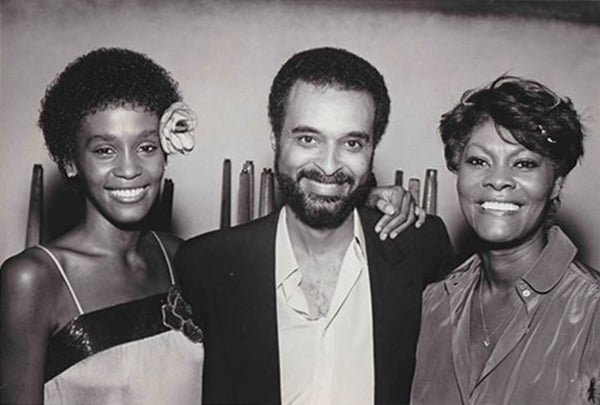 When Whitney first got signed to Arista Records, Clive Davis held a few “listening parties” mainly in Los Angeles and New York so that songwriters and producers could meet Whitney and want to work with her. This photo was taken at one of those events, held at The Vine Street Club in L.A. in 1983. Pictured with Whitney is Gerry Griffith, the A&R executive who brought Whitney to Clive’s attention, and her cousin, Dionne Warwick.