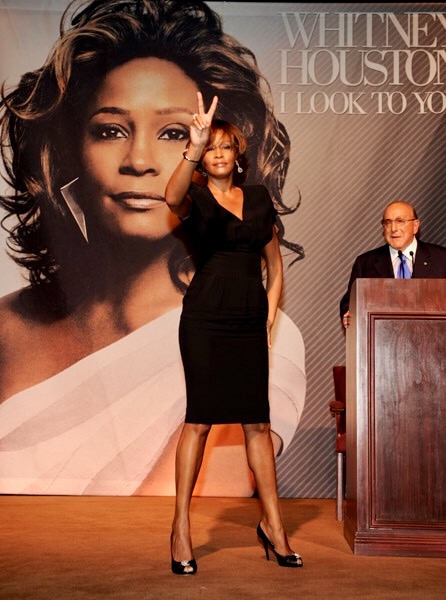 I Look To You, Whitney’s seventh and final studio album, was released eight years ago this week (first released on August 28, 2009 through Sony Music in Europe and then on August 31, 2009 through Arista Records in the U.S.). It was Whitney’s first studio album since 2003’s One Wish and it spawned two official singles – the title track and “Million Dollar Bill.” Here is Whitney at the “listening party” for the album in Beverly Hills, California on July 23, 2009. You can see Clive Davis in the background as they both spoke about the album at this event.