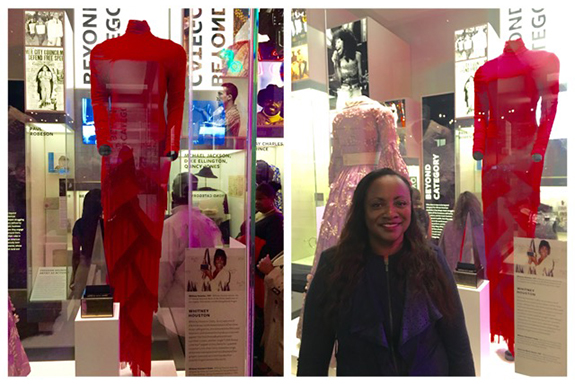 The National Museum of African American History and Culture opened this past weekend in Washington, D.C. The Whitney Houston Estate was honored to be asked to donate something iconic of Whitney’s. Pat and Gary Houston attended the opening and Pat is pictured here along with Whitney’s gown from the historic 1993 Billboard Music Awards, when she won a record 11 awards. There is also a photo of Whitney with an American Music Award and a quote.