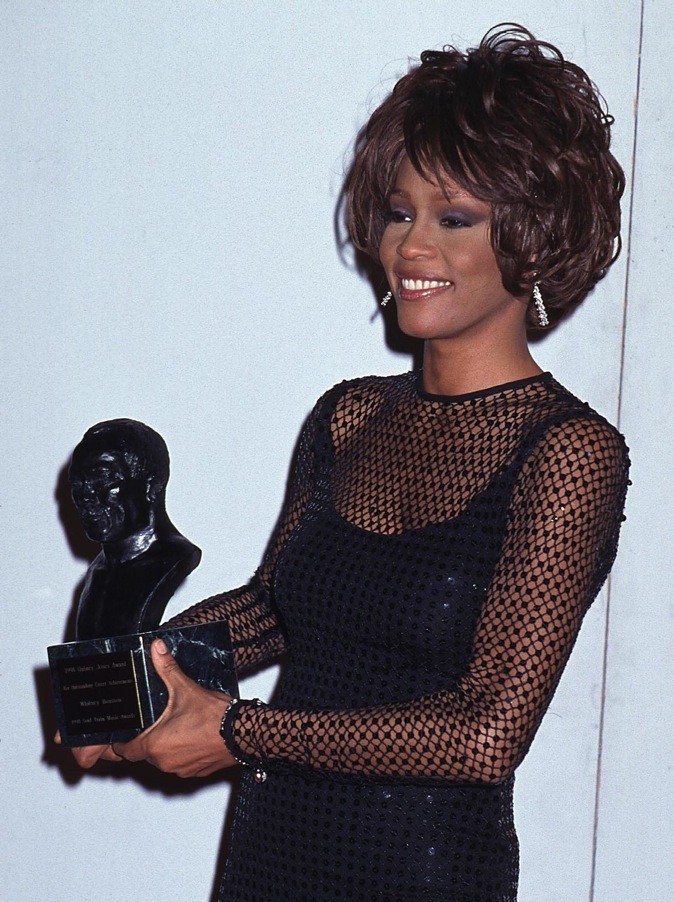 On February 27, 1998, at The 12th Annual Soul Train Music Awards, Whitney was honored with the “Quincy Jones Award for Outstanding Career Achievement in the Field of Entertainment.” The event was held at the Shrine Auditorium in Los Angeles and hosted by Patti LaBelle, Erykah Badu and Heavy D. The “Whitney Tribute” portion of show was performed by Ronald Isley (Exhale Shoop Shoop), Terry Ellis (How Will I Know), Kenny Lattimore (I Believe In You and Me) and Monica (You Give Good Love). #blackhistorymonth