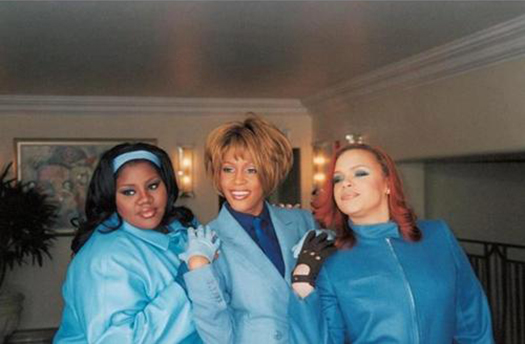 Eighteen years ago this month, Whitney’s single “Heartbreak Hotel” (with Faith Evans and Kelly Price) hit #1 on Billboard‘s Hot R&B/Hip-Hop Songs chart. It was the second single from her My Love Is Your Love album and Faith and Kelly were prominently featured on the choruses and bridge. The song also was a hit in many countries worldwide and was certified Platinum by the RIAA. It received two GRAMMY nominations and a nomination for Best R&B Video at the 1999 MTV Video Music Awards.