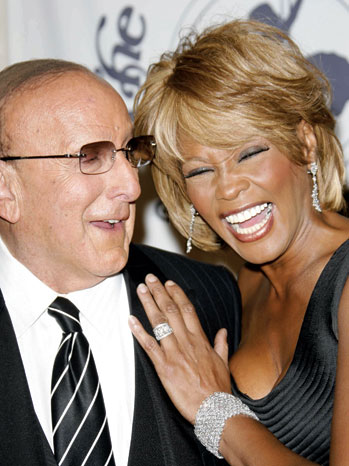 Clive Davis’s film titled Clive Davis: The Soundtrack of Our Lives premiered in New York Wednesday night at the Tribeca Film Festival. Whitney and Clive’s working relationship is prominently featured in the film and their “father/daughter relationship.” Their bond was real and here they are pictured enjoying one of their many laughs over the years.