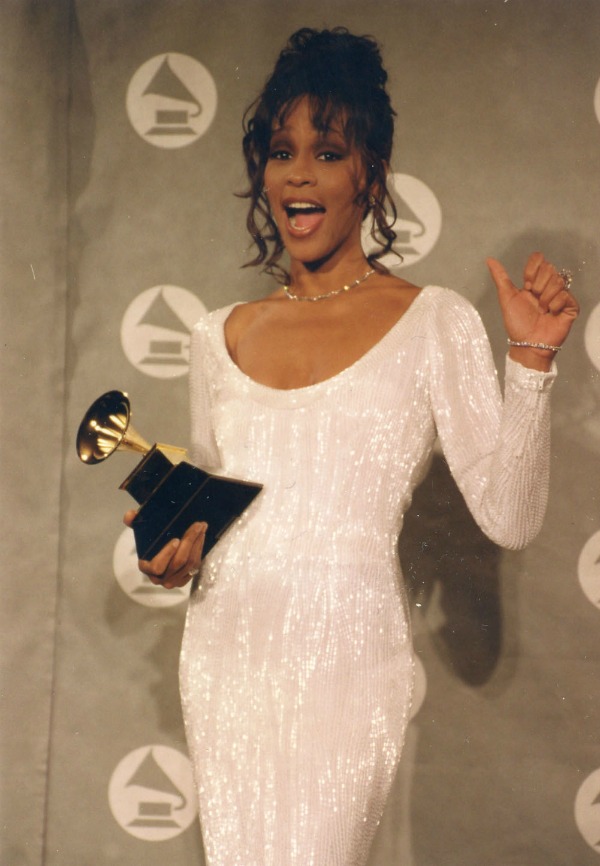 Continuing GRAMMY Week – 1994 was a banner year for Whitney as she earned three GRAMMYs in one night at the 36th Annual GRAMMY Awards, held again in New York City at Radio City Music Hall on March 1. All the GRAMMYs she won that night were for The Bodyguard – Record of The Year (“I Will Always Love You”), Album of the Year (The Bodyguard soundtrack) and Best Pop Vocal Performance, Female (“I Will Always Love You”). Here is Whitney pictured in the press room after winning.