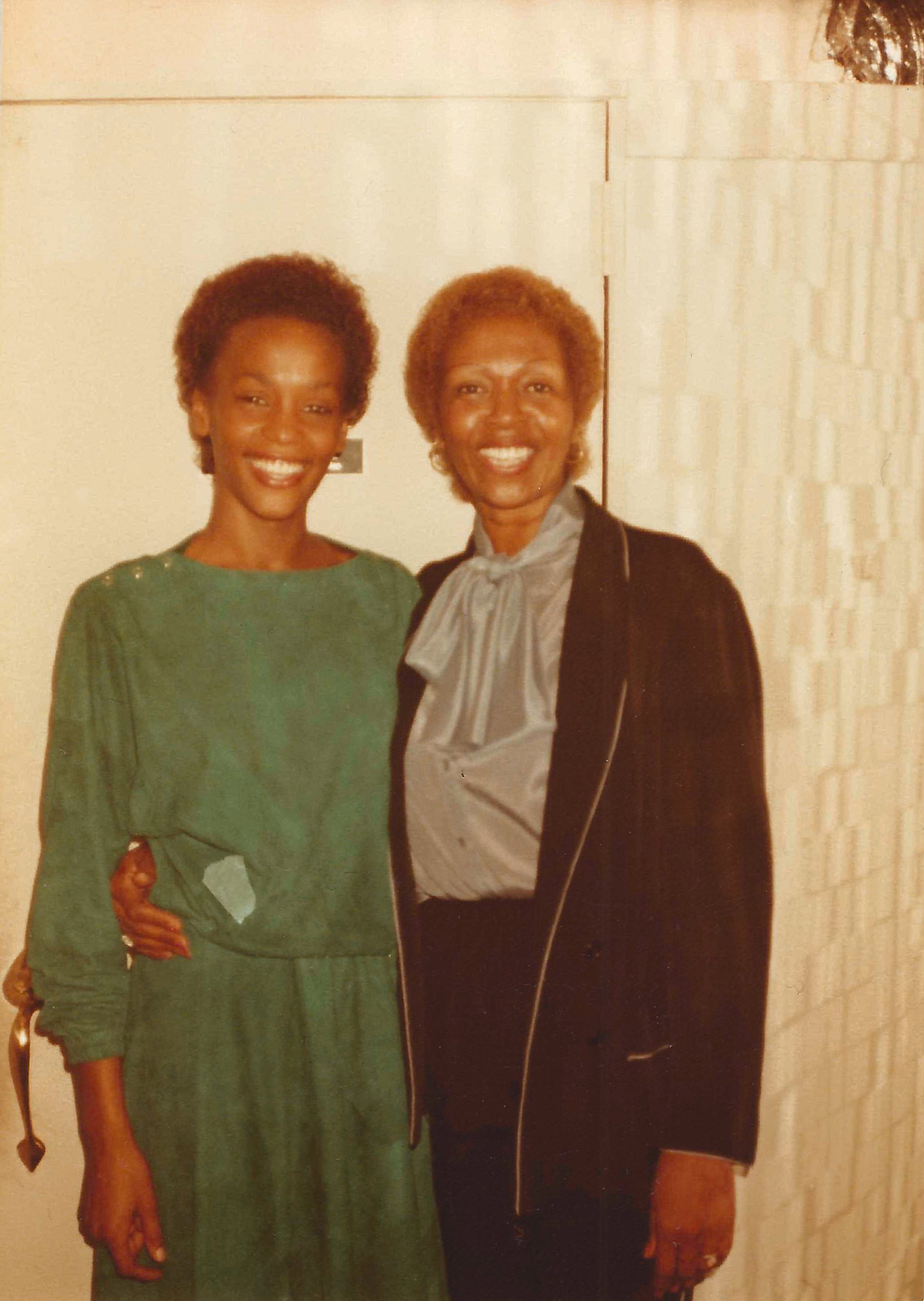 In April 1983, Whitney signed with Arista Records and in June that year she appeared on The Merv Griffin Show. In addition to singing “Home,” she also did this wonderful medley with her mom Cissy, singing classics like “Ain’t No Way” and “You Send Me.”

Photo courtesy of The Estate of Whitney E. Houston. Whitney and Cissy backstage at Sweetwater’s club in New York City in the early 1980s.