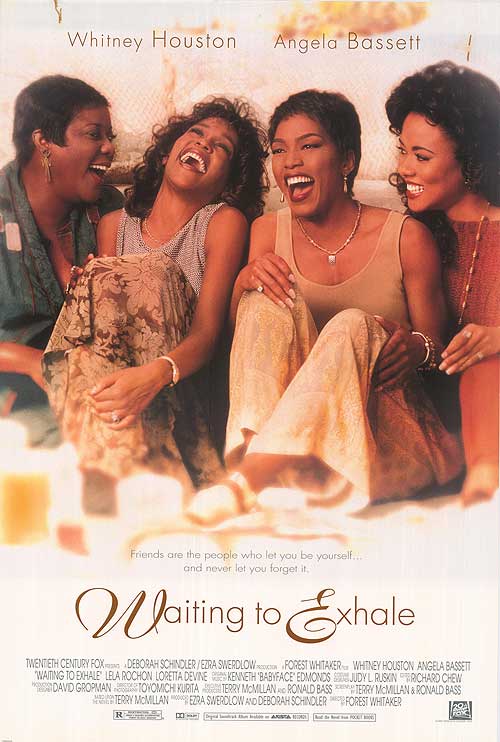 Whitney’s movie Waiting To Exhale was released on this day (December 22) in 1995. Directed by Oscar winner Forest Whitaker, Whitney starred alongside Angela Bassett, Loretta Devine (who also was in The Preacher’s Wife), Lela Rochon, the late Gregory Hines, Wendell Pierce and others on this fantastic adaptation of Terry McMillan’s novel of the same name. At that time, the film was notable for having an all African-American cast. The film was a financial success and was in the Top 30 of highest grossing films that year. The soundtrack to the film featured exclusively female African-American artists and included the #1 hit song “Exhale (Shoop Shoop),” sung by Whitney and written and produced by Babyface.