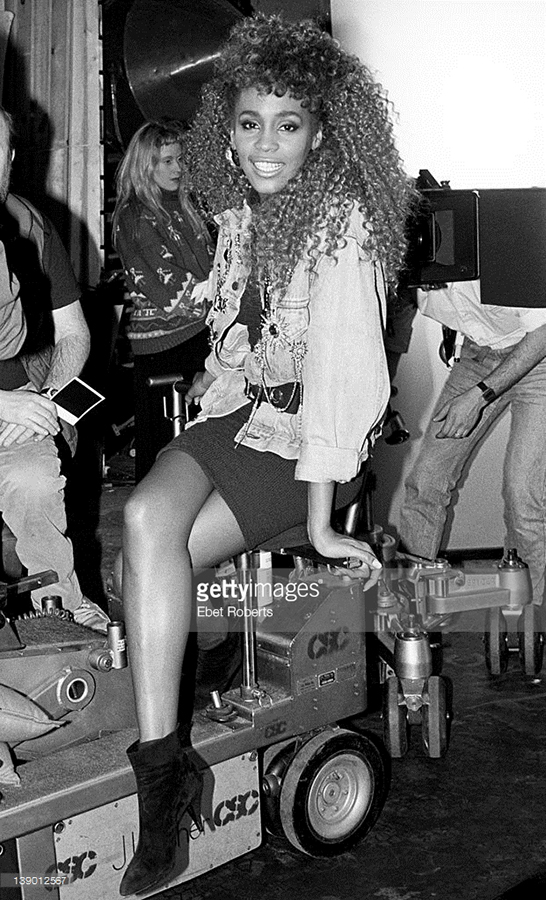 Thirty-two years ago today (May 2, 1987) “I Wanna Dance With Somebody (Who Loves Me)” was released as a single, the first single from Whitney’s second album. The song went to #1 around the world and has become iconic, being featured in many films and TV shows in the last couple of years and covered by young artists such as Maggie Rogers. Here is Whitney pictured on the set of the video shoot.