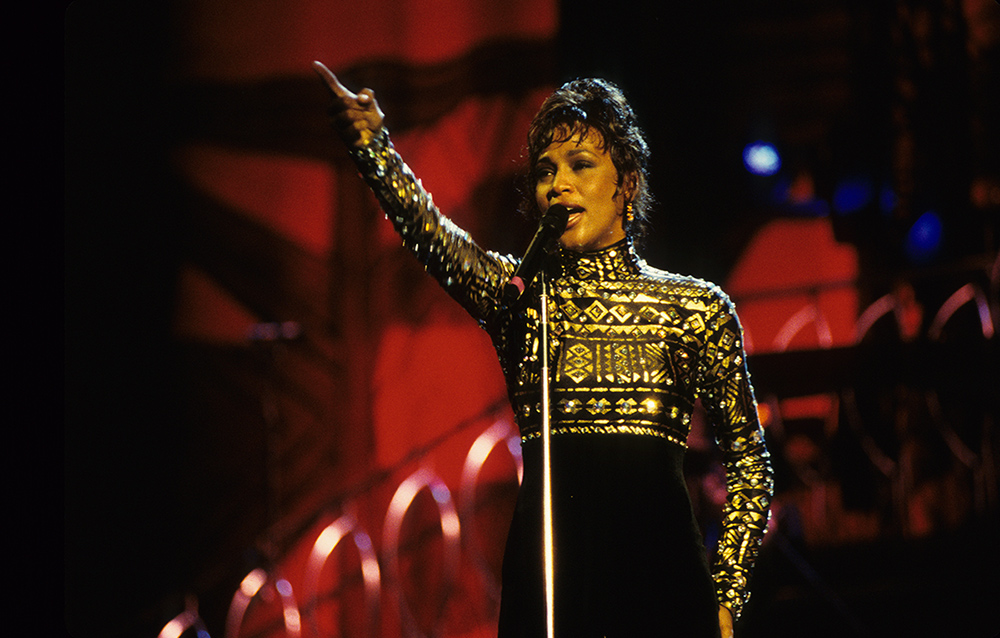 In celebration of Whitney Houston’s life and boundary-breaking career, M·A·C Cosmetics has made a $25,000 donation to the New Jersey Performing Arts Center to ensure the next generation of music icons have exposure and access to music education programs.

This generous donation was made possible by M·A·C Cosmetics on behalf of The Estate of Whitney E. Houston to support NJPAC’s SchoolTime performances of Recycled Percussion on December 8th and 9th. Students will enjoy an interactive performance by a group of drummers who create their unique high-energy “junk rock” by transforming everyday objects into percussive instruments. NJPAC’s SchoolTime program introduces over 23,000 children from Greater Newark public schools grades 5 – 12 annually to live professional performing arts.

Newark native Whitney Houston, regarded as one of the world’s top Pop/R&B artists of the 20th century, is being celebrated by M·A·C. with a new limited-edition makeup collection, singularly named M·A·C X Whitney Houston that will be available on Dec. 8 at all M·A·C and Macy’s locations nationwide and online at maccosmetics.com and macys.com.

“Whitney’s wonderment of her incomparable career impacted her community greatly, enabling her to endorse charities throughout her career. Donations made in her honor will bring about change to underserved youth in need of rebuilding, repairing and restoring their lives in a positive way,” said Pat Houston, Executor of the Estate of Whitney E. Houston. “An incredible thank you to M·A·C Cosmetics for their generosity to help make a difference in securing a platform for our youth. One Team! One Heart! One Legacy!”

“All of us at NJPAC are so grateful for this generous gift from M·A·C Cosmetics, made on behalf of The Estate of Whitney E. Houston, in support of our SchoolTime Performance Series, which brings the life-enhancing magic of live performance to tens of thousands of Greater Newark school children every year. This contribution, a special acknowledgment of our 25th anniversary season, will allow us to advance our work in providing access to the arts and arts education programs to all the children in our community,” said John Schreiber, President, and C.E.O. of the Arts Center.

“Community is everything at M·A·C and we worked hand-in-hand with the Estate to craft a collection that honors Whitney’s legacy and connects to her fanbase,” said Rachel Lockett, Vice President, Marketing, M·A·C North America. “Whitney was an avid philanthropist, supporting many charities and lending her voice to causes dear to her, so it was only fitting to continue the good work she started with this donation to NJPAC to empower the next generation of music icons.”

M·A·C (Make-Up Art Cosmetics) is a leading brand of professional cosmetics and part of The Estée Lauder Companies Inc. Since its creation in Toronto, Canada, over 30 years ago, the brand’s popularity has grown through a tradition of word-of-mouth endorsement from makeup artists, models, photographers and journalists around the world. M·A·C is now sold in over 130 countries/territories worldwide. Follow M·A·C on Instagram and TikTok at @MACCosmeticsUSA. For a M·A·C location near you, visit MACcosmetics.com.

New Jersey Performing Arts Center (NJPAC), located in downtown Newark, N.J., is America’s most diverse performing arts center, and the artistic, cultural, educational and civic center of New Jersey – where great performances and events enhance and transform lives every day. NJPAC brings diverse communities together, providing access to all and showcasing the state’s and the world’s best artists while acting as a leading catalyst in the revitalization of its home city. Through its extensive Arts Education programs, which have reached almost 2 million children, NJPAC is shaping the next generation of artists and arts enthusiasts. NJPAC has attracted more than 10 million visitors since opening its doors in 1997, and nurtures meaningful and lasting relationships with each of its constituents. NJPAC.org @njpac