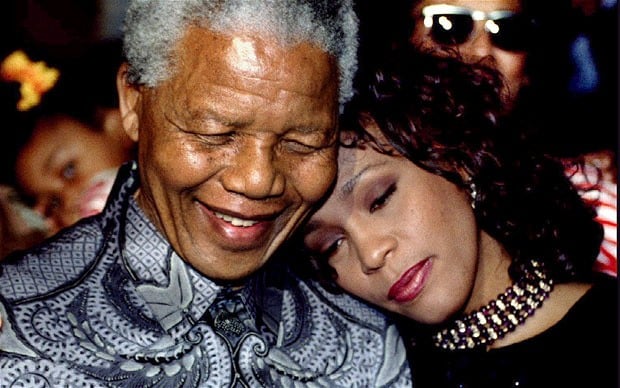 Happy Birthday Nelson Mandela, who would have turned 102 today! In 1988, Whitney was one of the headline acts in London celebrating Mandela’s 70th birthday while he was still in prison. In October 1994, after he had become president of South Africa, she finally met Mandela during an event at the White House and sang “Greatest Love Of All” for him in the Rose Garden. The following month, she traveled to South Africa where she performed in Durban, Capetown, and Johannesburg in The Concert For A New South Africa. Proceeds from the concerts were donated to South African children’s charities. Here is Whitney pictured with President Mandela at a private meeting in Pretoria during that 1994 visit, which she considered to be one of the high points of her life.