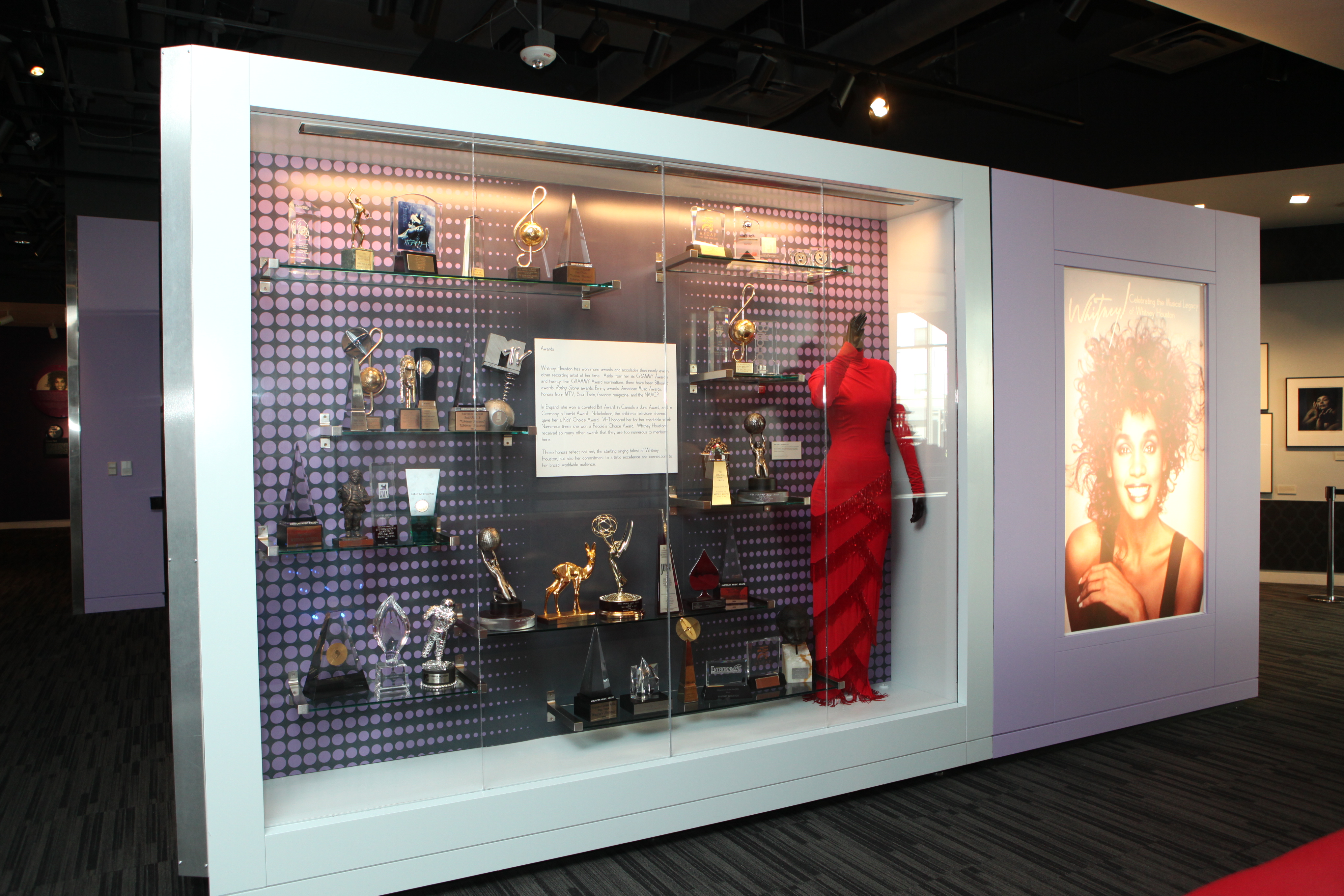 Whitney Houston has won more awards and accolades than nearly every other recording artist of her time. Aside from winning six GRAMMY Awards, there have been Billboard awards, Rolling Stone awards, Emmy awards, American Music Awards, honors from MTV, Soul Train, Essence magazine, the NAACP and much more. Rather than keep her numerous awards on display throughout her home, Whitney modestly gathered them together in one room at her New Jersey house. Some of them are now on display at the GRAMMY Museum to celebrate her musical legacy.