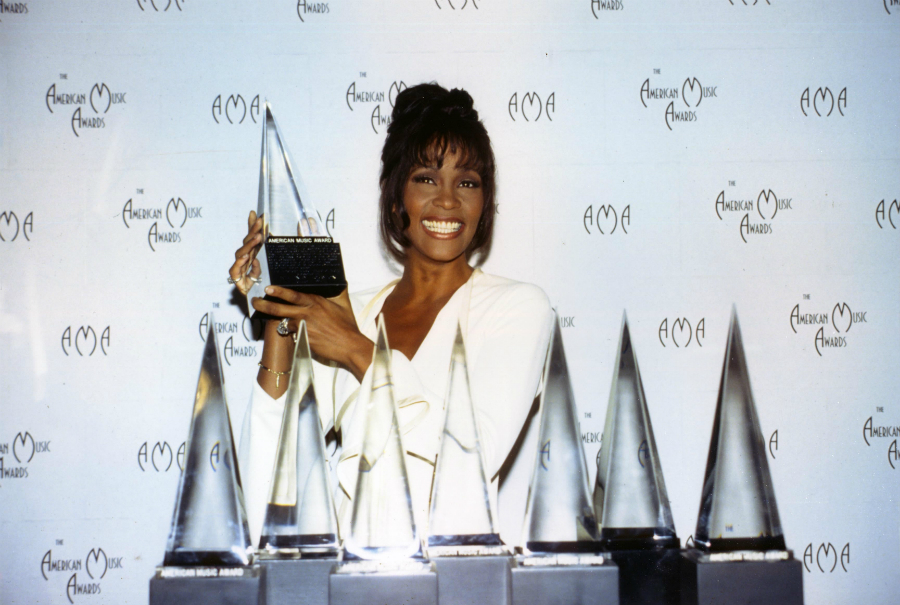 The 2017 American Music Awards are paying tribute to Whitney Houston, the 25th anniversary of The Bodyguard and its incredible companion album – the best-selling soundtrack of all time – with a must-see performance from singer, songwriter and actress Christina Aguilera. Academy Award winner Viola Davis will also be on hand to introduce Aguilera for this unforgettable homage.
Whitney won an incredible 22 AMAs during her storied career, including eight in 1994 for her work on the soundtrack to The Bodyguard. It was the most awards for a female artist in one night, and tied her with Michael Jackson for AMA trophies during a single ceremony.
Be sure to tune in this Sunday, November 19 live at 8/7c on ABC, and don’t forget to get your copy of the new album here:  https://legacyrecordings.lnk.to/bdygrd25