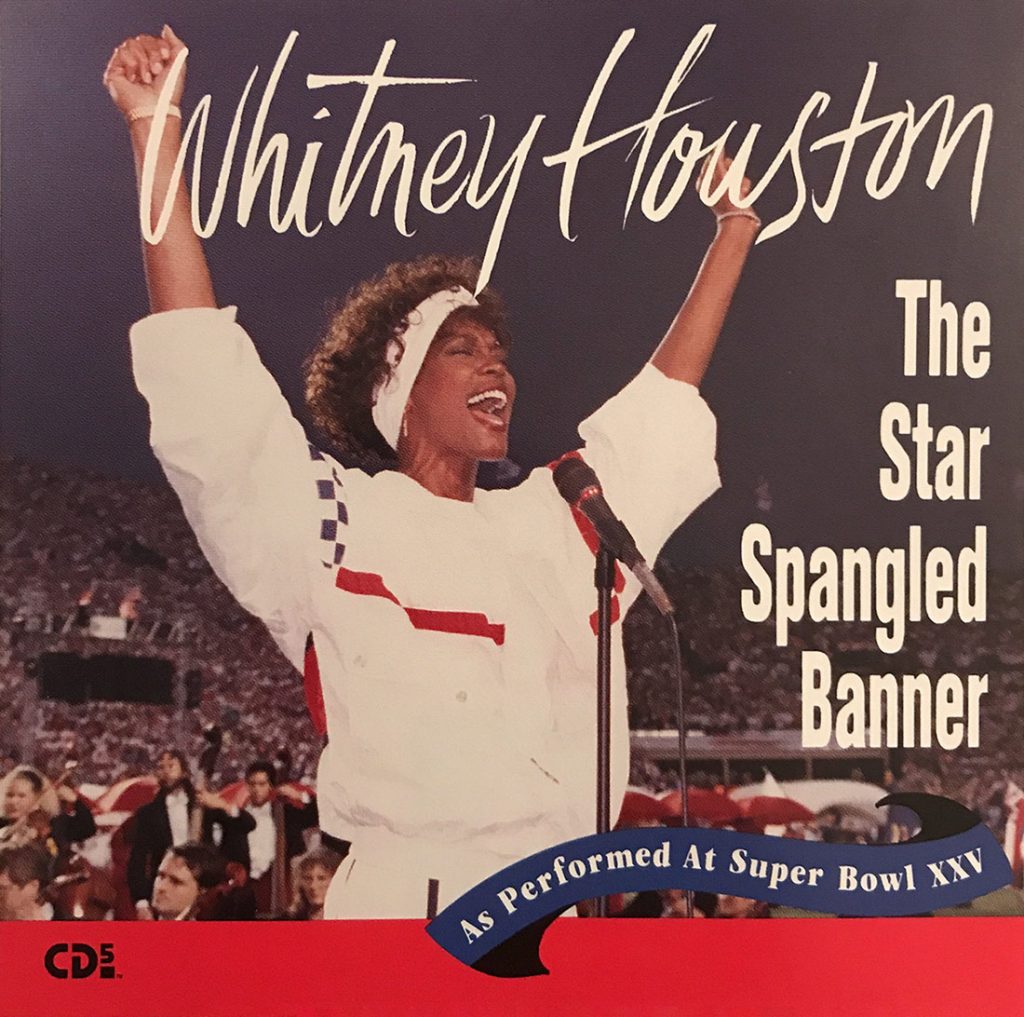 “We walked into the studio. She said, ‘Play it for me.’ … I played it. She listened. She sang it one time, and her vocals were quite simply amazing. I had her record one more time just in case, but what we ended up using was primarily the first take.”

Whitney Houston performed “The Star Spangled Banner,” the U.S. national anthem, on January 27, 1991 at Super Bowl XXV, backed by The Florida Orchestra, conducted by Maestro Jahja Ling. The performance took place 10 days into the Persian Gulf War. The response to the Whitney’s performance was so overwhelming that Arista Records released the recording as a single. All royalties and proceeds were donated to the American Red Cross Gulf Crisis Fund. During its initial release, the single peaked at #20 on the Billboard Hot 100, becoming the most successful recording of the anthem in history.

Whitney’s recording was re-released in 2001 after terrorist attacks on September 11 of that year. All royalties and proceeds, totaling more than $1 million, were donated to the New York Fraternal Order of Police and The New York Firefighters 9/11 Disaster Relief Fund. In its second release, “The Star Spangled Banner” set a new record for the anthem by reaching #6 on the Billboard Hot 100, and topping the Hot 100 Singles Sales chart.

In celebration of the 30th anniversary of Whitney’s historic performance, “The Star Spangled Banner” was re-released as a single on streaming services on January 27, 2021 with an anniversary reinterpretation of the original single cover.

Whitney’s rendition of “The Star Spangled Banner” remains a perennial favorite, cited every year by most media organizations as the best performance of the anthem of all time. For the 25th anniversary of Whitney’s performance, Danyel Smith of ESPN wrote, “Like the best heroes, Whitney — the black girl from Jersey who worked her way to global stardom … — makes bravery look easy. … She is calmly joyful — cool, actually, and free of fear. And when she arrives at Oh, say [cymbal] does our star- [cymbal] spangled banner yet wave, she moves to lift the crowd. It’s a question. It’s always been a question. And she sings it like an answer. … Whitney’s version made it all absolute, for a moment. Her arms were wide and reaching slightly up at the end, a pose familiar to many Americans, across races. Her head was back, as one’s can be when victorious, and as one’s can be when asking for and ecstatically receiving the glory of God.”

O say can you see by the dawn’s early light
What so proudly we hailed at the twilight’s last gleaming?
Whose broad stripes and bright stars through the perilous fight
O’er the ramparts we watched, were so gallantly streaming?
And the rocket’s red glare, the bombs bursting in air
Gave proof through the night that our flag was still there
O say does that star-spangled banner yet wave
O’er the land of the free and the home of the brave? 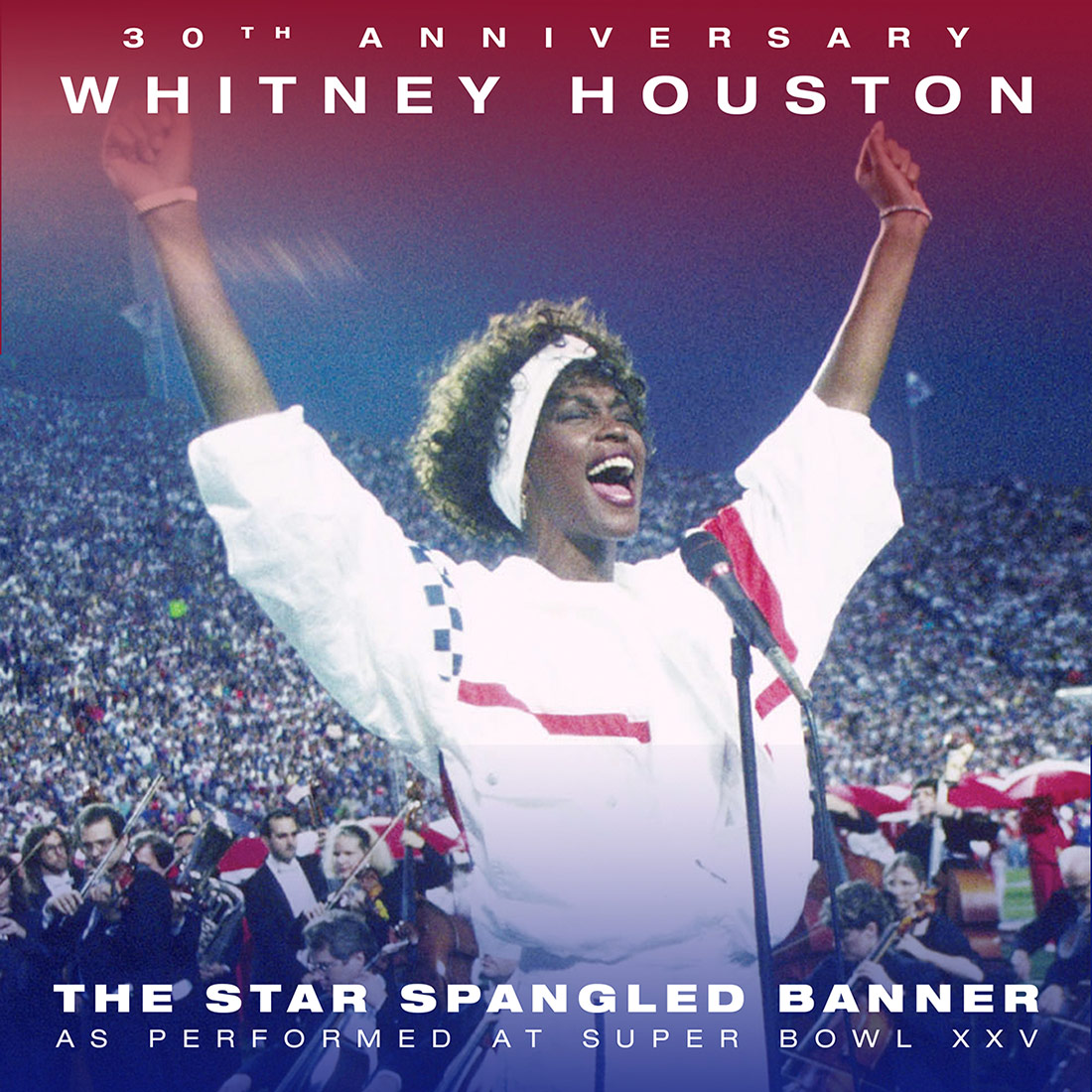 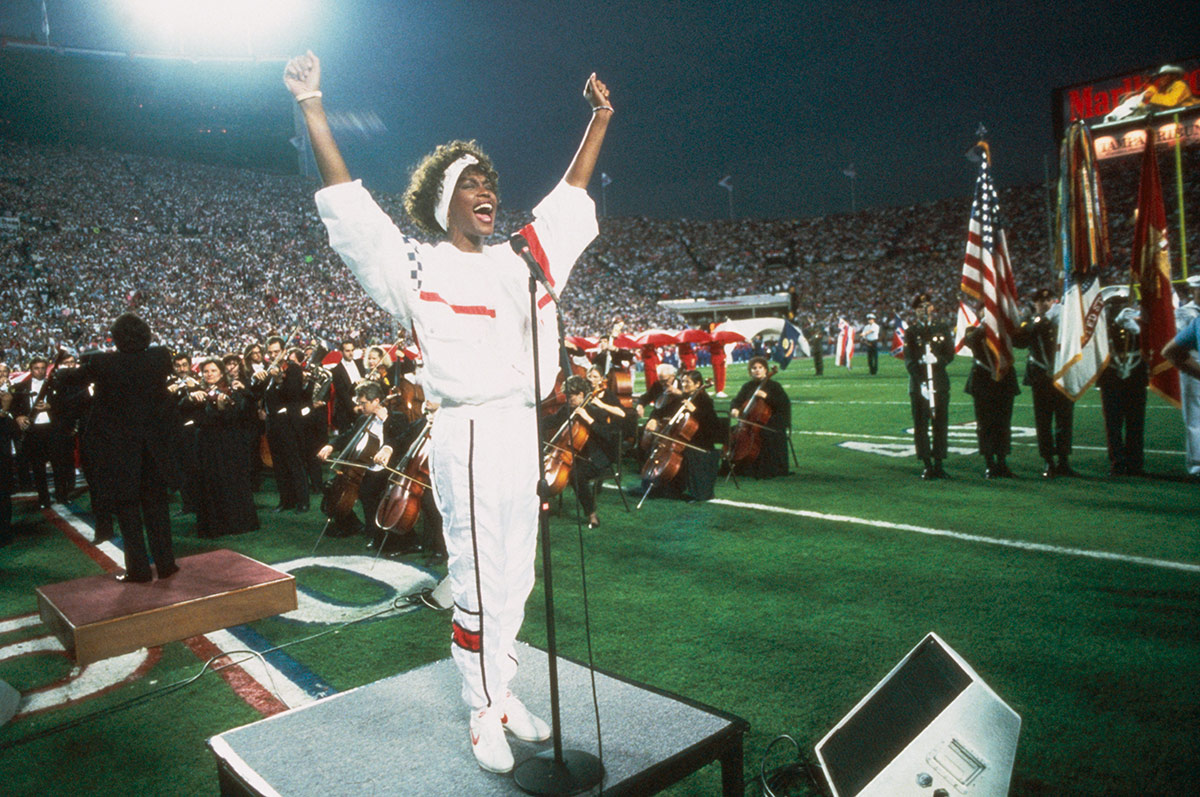 Whitney Houston performed “The Star Spangled Banner” during Super Bowl XXV at Tampa Stadium in Tampa, FL. It is cited every year by most media organizations as the best performance of the anthem of all time.