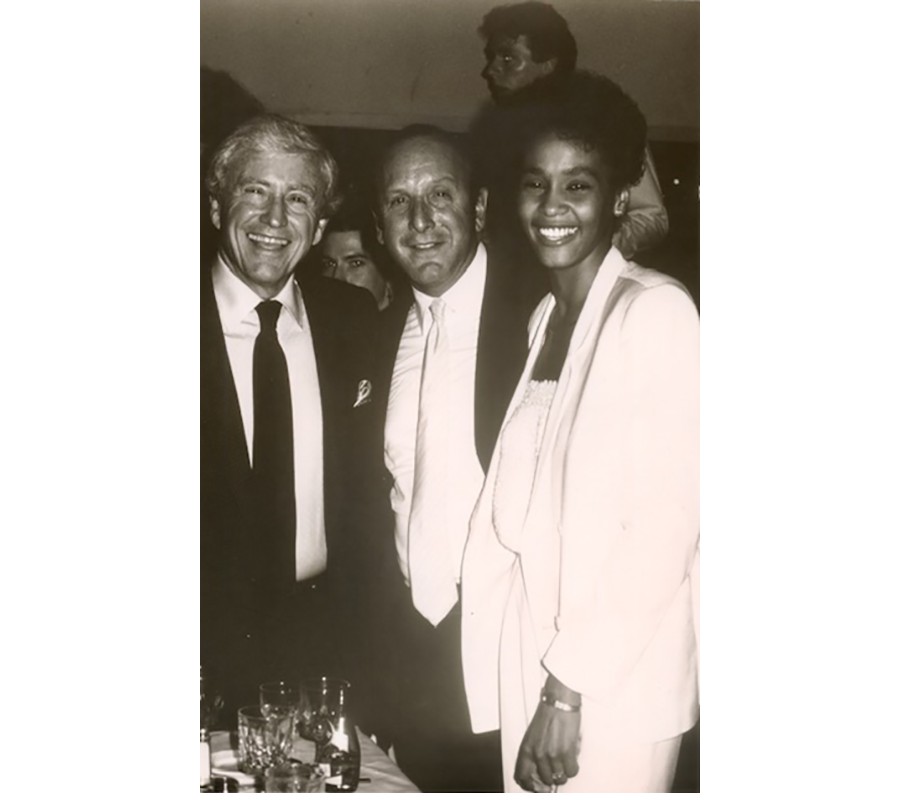 On June 23, 1983 Clive Davis debuted Whitney on The Merv Griffin Show which aired that week from The Ed Sullivan Theater in New York City. Merv stated at the time: “You won’t forget that name — Whitney Houston!” Here is a rare photo of Whitney with Clive and Merv at an event from that period.