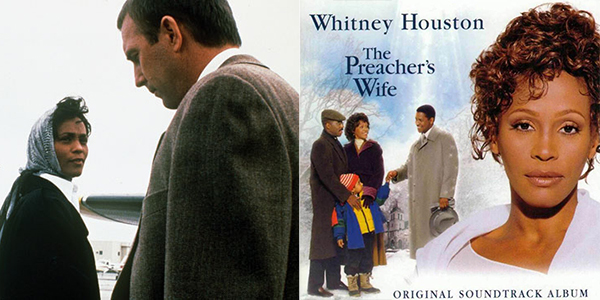 Two more November “anniversaries” for Whitney:
November 25, 1992 was the release of her first film The Bodyguard starring Kevin Costner and Whitney as singer Rachel Marron. The film went on to gross $411 million worldwide and generate the most successful soundtrack of all time. And November 26, 1996 was the release of the soundtrack for The Preacher’s Wife, which became the best selling gospel album of all time with over 6 million copies. The film of the same name was released a few weeks later.