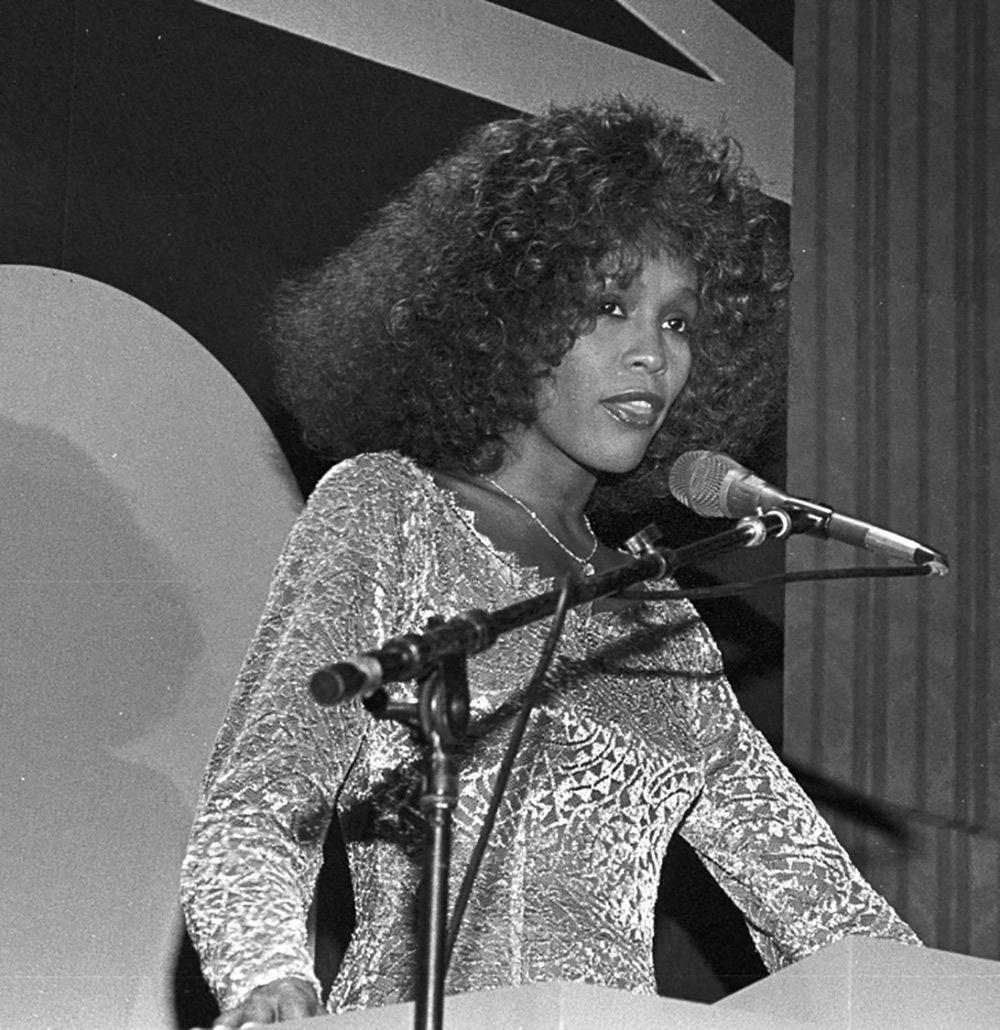 May 1990 – (29 years ago this month) – Whitney received the Howie Richmond Hitmaker Award at the Songwriters Hall of Fame ceremony, held in New York City. Whitney is pictured here accepting her award. Named after one of its founders, the Howie Richmond Hitmaker Award is given to artists who have been responsible for “a substantial number of hits.” At this point in her career, Whitney had only released two albums and was working on her third.