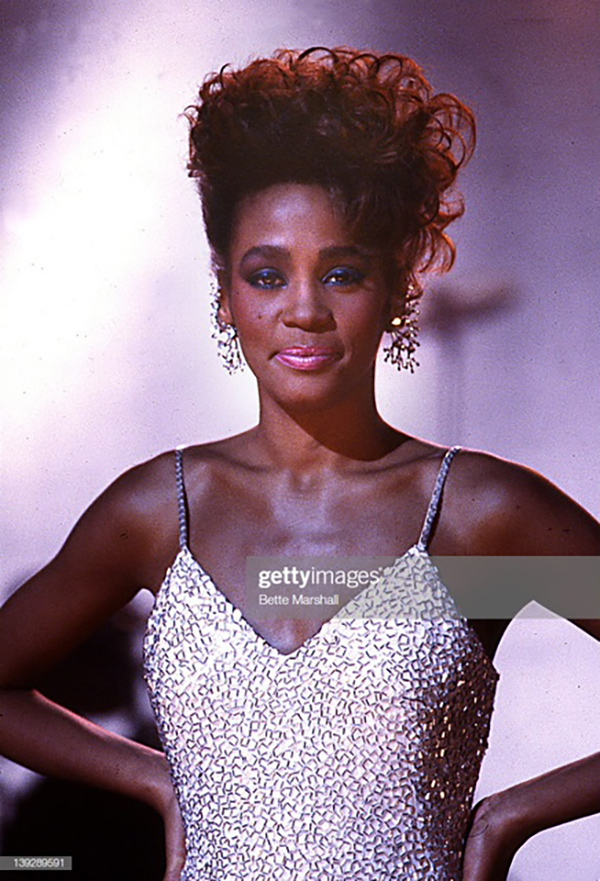 On March 18, 1986 (33 years ago today), Arista Records released Whitney’s version of “Greatest Love Of All” as a single. (Written by Michael Masser and Linda Creed, George Benson had originally recorded it in 1977 for the film The Greatest, a biopic of boxer Muhammad Ali). Some people don’t know that Whitney’s recording originally was released as the B-side of “You Give Good Love” in February 1985. At any rate, nine years after Benson’s version, it became the final single off her debut album and a major hit, topping the charts in many countries including the U.S., where it spent 3 weeks at #1 on the Billboard Hot 100. It remains Whitney’s third biggest hit after “I Will Always Love You” and “I Wanna Dance With Somebody (Who Loves Me),” and Whitney often said it was her favorite song. The video was filmed at the iconic Apollo Theater in New York City’s Harlem neighborhood.