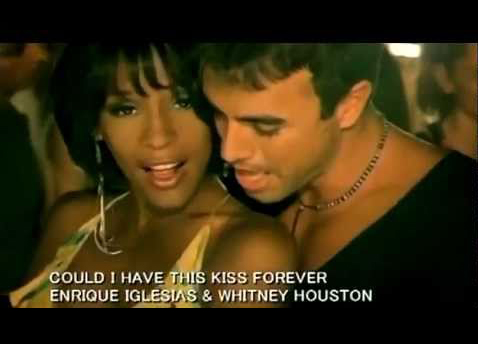 Seventeen years ago this week (September 10, 2000), Whitney’s duet with Enrique Iglesias titled “Could I Have This Kiss Forever” was released. The song was written by hit songwriter Diane Warren (who also wrote Whitney’s hits “I Learned From The Best” and “I Didn’t Know My Own Strength” amongst others) and produced by David Foster (who produced “I Will Always Love You” and others). The video was directed by Francis Lawrence, who went on to fame as the director of The Hunger Games.