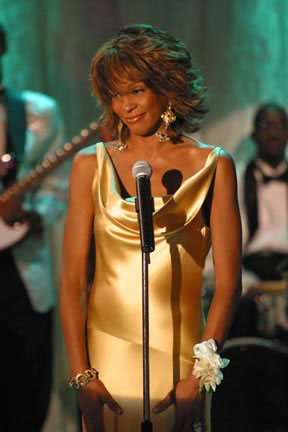 In May 2003, Whitney made a guest appearance on the then hit TV show Boston Public, playing herself and singing “Try It On My Own” from her Just Whitney album. In the episode, she grants the wish of a teenage boy who would like her to be his date to the prom. The series starred Whitney’s friend Loretta Devine, whom she had worked with on Waiting To Exhale.