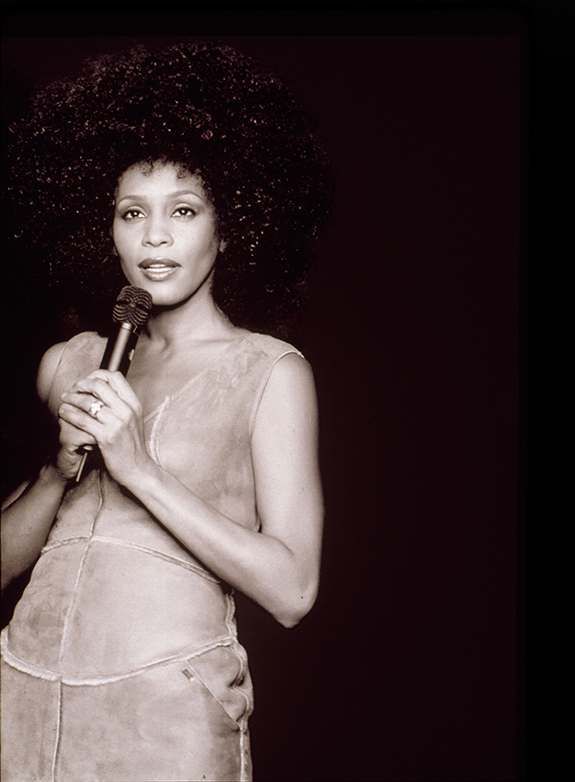 This is a still photo from the video shoot for the song “I Learned From The Best,” which was the fifth and final single off Whitney’s 1998 hit album My Love Is Your Love. The beautiful ballad was written by Diane Warren and was released in November 1999. The video was shot in Cologne, Germany, while Whitney was on tour.