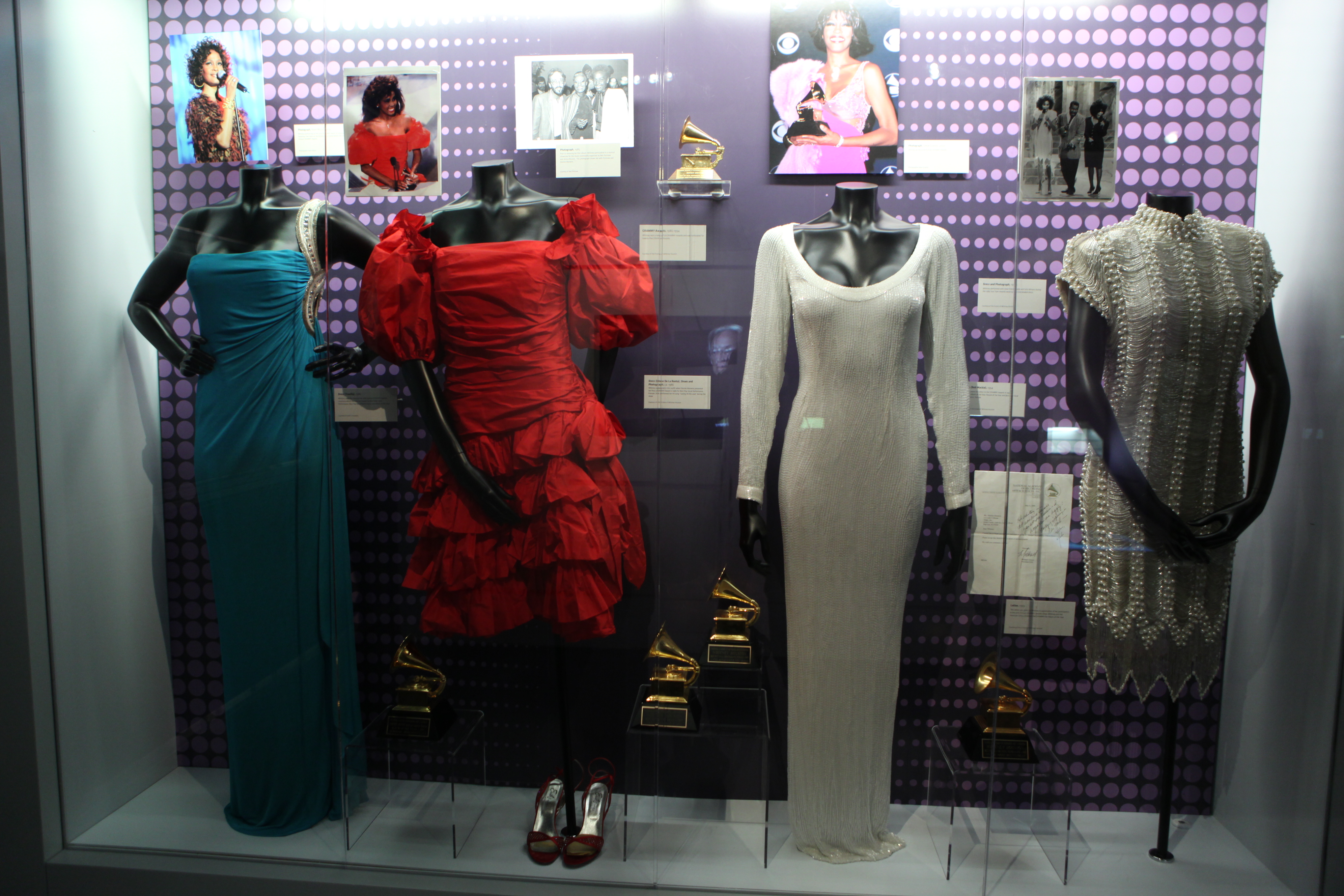 This image from the GRAMMY Museum shows five of Whitney Houston’s six Grammys along with three dresses that she wore at the awards show over the years. Whitney wore the white Bob Mackie gown in 1994, opening the GRAMMYs with “I Will Always Love You” and accepting two of three major awards that night — Record of The Year and Best Pop Vocal Performance, Female. Whitney’s soundtrack to The Bodyguard won the biggest award of the night, Album of the Year, later that same evening.