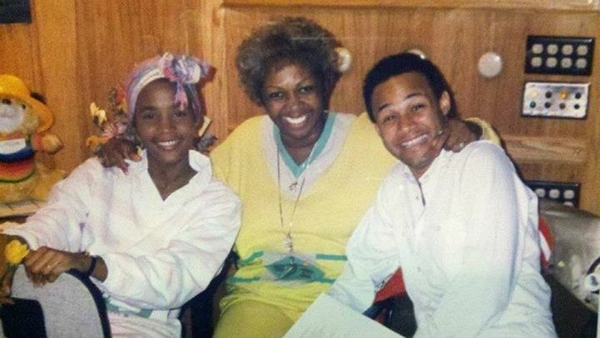 Here’s an early photo of Whitney with her mom, Cissy Houston, and producer Narada Michael Walden. This was taken around 1983-84 during the recording of Whitney’s first album, titled Whitney Houston. Narada produced (and co-wrote) the track “How Will I Know,” which was released as a single in November 1985 and became her second #1 Hot 100 single. The song was originally written for Janet Jackson, but she passed on it and Whitney did it with altered lyrics and production from Narada.