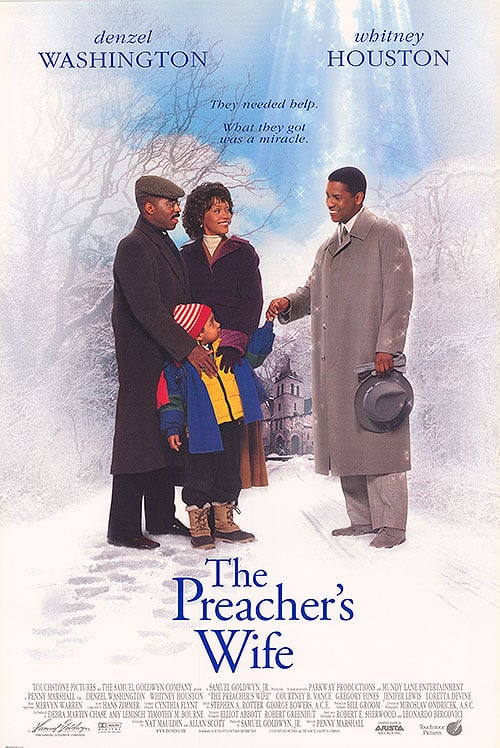 December 13, 1996 (24 years ago), The Preacher’s Wife film, starring Whitney, Denzel Washington, Courtney B. Vance, Gregory Hines, Loretta Devine and Jenifer Lewis opened in U.S. theaters. A remake of the 1947 film The Bishop’s Wife, it was directed by Penny Marshall and much of the film was shot in and around Whitney’s home town of Newark, New Jersey. It was nominated for an Oscar for Best Music, Original Musical or Comedy Score and also nominated for five NAACP Image Awards, winning two — Outstanding Lead Actress for Whitney Houston and Outstanding Supporting Actress for Loretta Devine. It has since become a much-loved holiday classic.