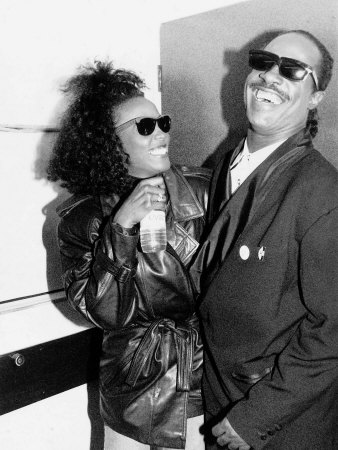 Here’s a rare photo of Whitney and Stevie Wonder from backstage at the Nelson Mandela 70th Birthday Tribute, a concert staged on June 11, 1988 at Wembley Stadium, London, and broadcast to 67 countries and an audience of 600 million. Marking the forthcoming 70th birthday (July 18, 1988) of the imprisoned anti-apartheid revolutionary Nelson Mandela, the concert was also referred to as Freedomfest, Free Nelson Mandela Concert and Mandela Day. Stevie had problems with his equipment and almost didn’t perform but ended up using Whitney’s equipment!