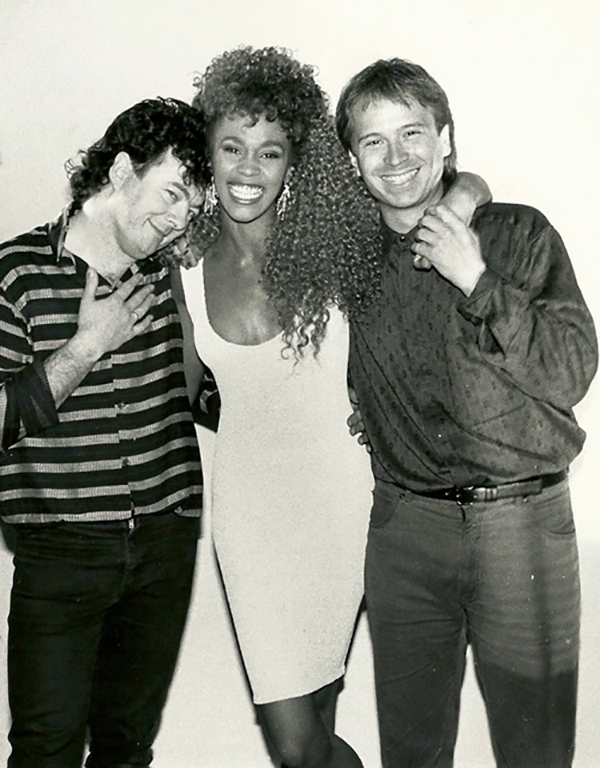 On July 18, 1987 (33 years ago) Whitney scored her first-ever #1 on the Billboard Dance Club Songs chart with “I Wanna Dance With Somebody (Who Loves Me).” The song was the first single from her second studio album titled Whitney. It was produced by Narada Michael Walden and written by George Merrill and Shannon Rubicam (who also wrote “How Will I Know”). The music video was shot in New York City and directed by Brian Grant.

Here is a rarely-seen photo of Whitney from the set of the video with director Brian Grant and Peter Baron, Director of Video Production and Promotion at Arista Records at that time.