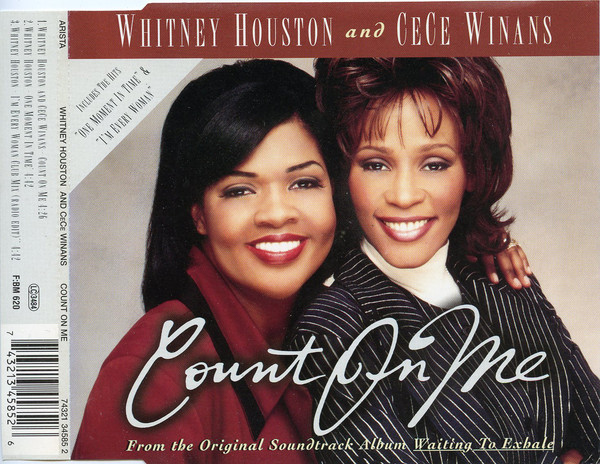 This week in 1996 (March 4), the duet with Whitney and CeCe Winans “Count On Me” was released as the second single by Houston [the first was “Exhale (Shoop Shoop)”] from the soundtrack to Waiting To Exhale. The single peaked at #8 on the Billboard Hot 100. An uplifting song about leaning on a friend for support, it was fitting that Whitney sang the song with her real life best friend at the time. The video was filmed in New York City at the famed concert venue, Webster Hall.