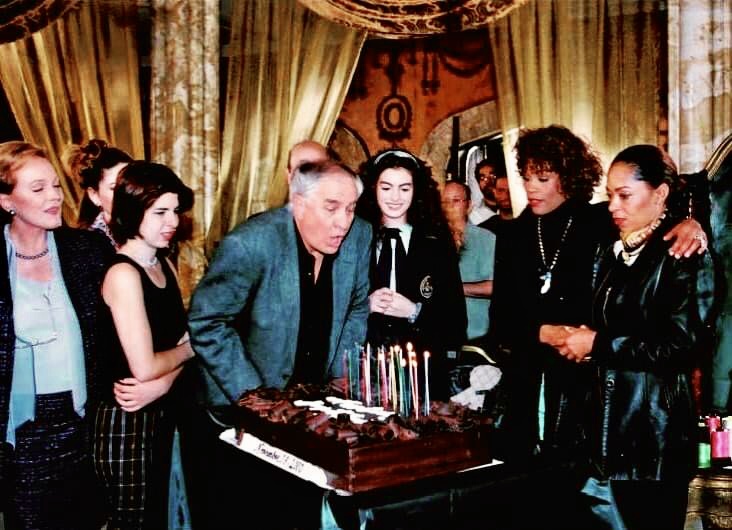 The Princess Diaries, produced by Whitney along with Debra Martin Chase, opened in U.S. theaters on August 3, 2001 (20 years ago). Here are some of the cast along with Whitney and Debra celebrating director Garry Marshall’s birthday on set. The movie earned more than $165 million and was followed by a successful sequel in 2004.