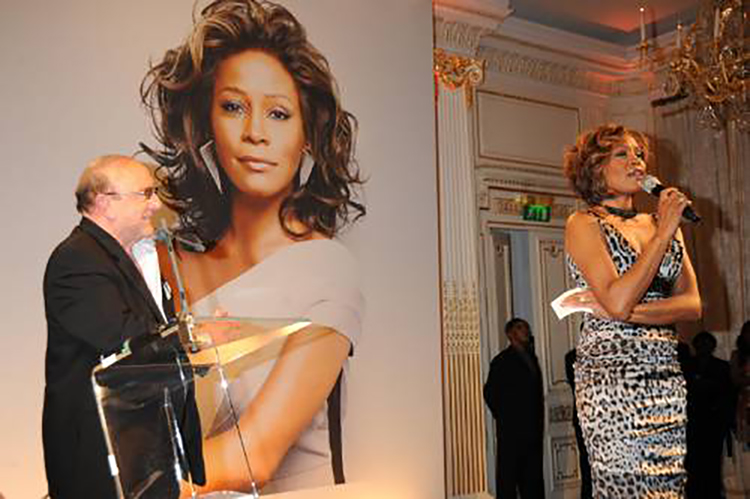 This Sunday (July 14) will make the tenth anniversary of the first of three listening parties that Clive Davis and Whitney held to mark the imminent release of her last studio album I Look To You. This event (pictured) was held in London at the Mandarin Oriental Hotel. Whitney and Clive played tracks from the album for key U.K. press and invitees.