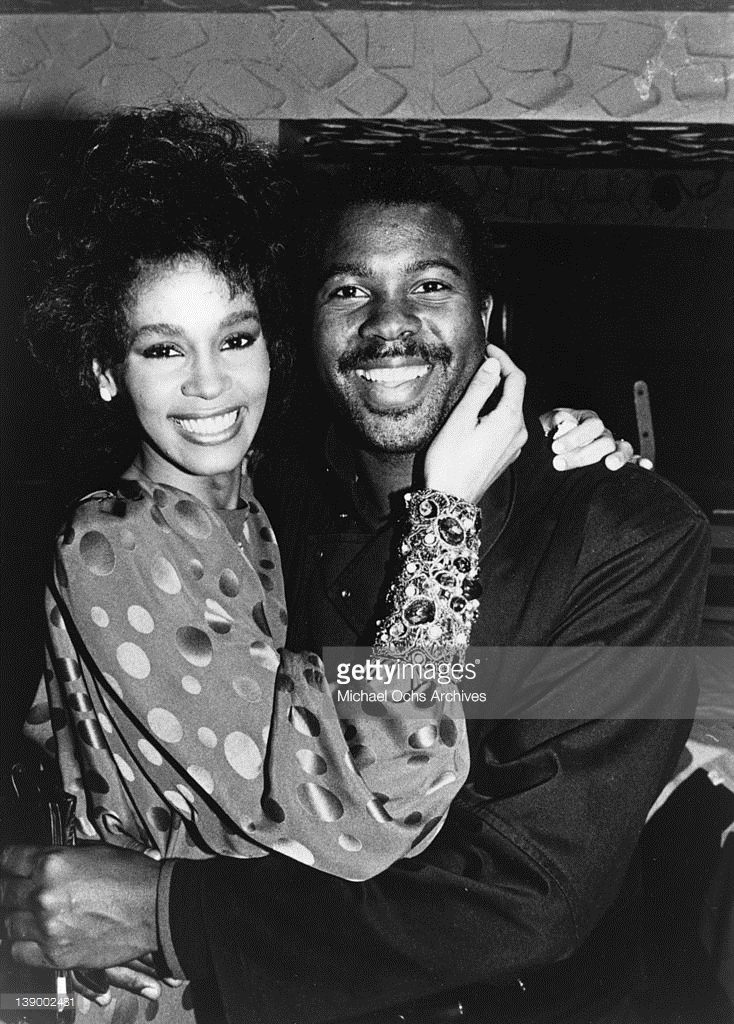 This is Whitney with artist/producer Kashif photographed at Sweetwater’s Club in New York, the club where Whitney first sang as part of her mother’s act.

In 1985, Kashif teamed up with then newcomer, Whitney Houston. The result was the hit “You Give Good Love,” her first single. Kashif also produced and was her duet partner on “Thinking About You” from Houston’s debut album. The album became the bestselling debut album by a female artist. Kashif also produced “Where You Are” on Houston’s second album entitled Whitney.