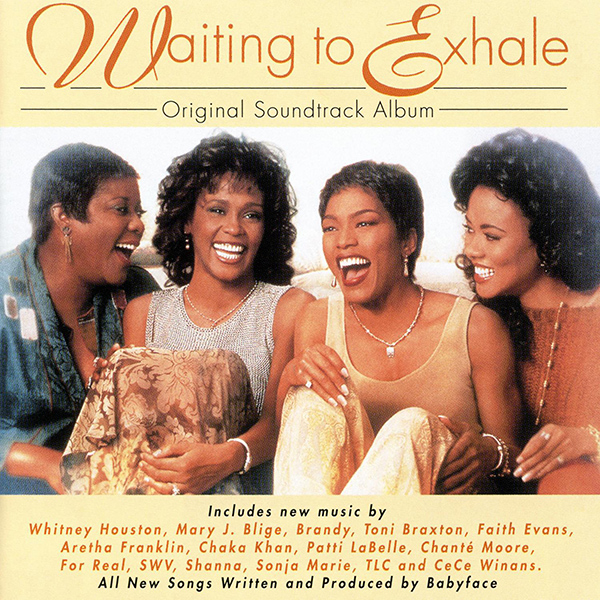 In the early 1990s, a Hollywood film led by women was rare but visible (see: Steel Magnolias; The First Wives Club). But a Hollywood film led by black women was nearly unheard of. Enter 1995’s Waiting To Exhale. … It was a revolutionary release that predated films like Set It Off all the way through this year’s standout Girls Trip. The soundtrack to Waiting To Exhale, however, remains a moment unmatched in the years since, set apart by its star-studded tracklist featuring only women.

Director Forrest Whitaker enlisted Babyface, renowned architect of ’90s R&B, to compose Waiting to Exhale: Original Soundtrack Album. … The very best soundtracks take on lives of their own. With this in mind … women took the entire spotlight on the soundtrack. With Whitney Houston having the final say in the curation process, the gamble paid off: Released in November 1995, the album topped the Billboard 200 for five weeks and sold over 7 million copies in under a year, making it one of the best-selling soundtracks of all time. On the awards front, it cleaned up everywhere from the American Music Awards to the Soul Train Awards; it also earned 11 Grammy nominations, including one for Album of the Year.

… The soundtrack’s opener, “Exhale (Shoop Shoop),” finds Houston scaling back; she’s refined and elegant as she finds her peace with life’s ups and downs. Read more about the soundtrack at NPR.