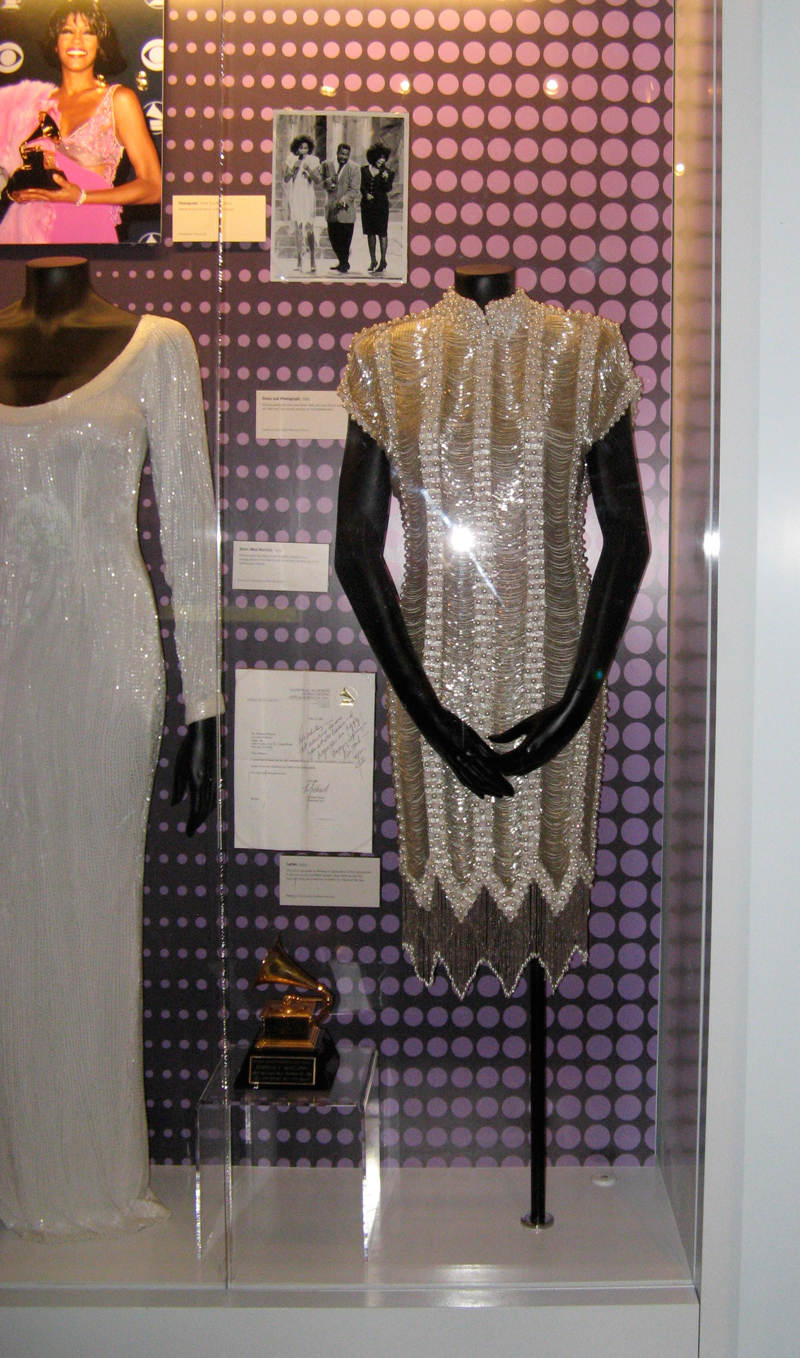 Whitney Houston performed with close friends BeBe and CeCe Winans during the 1989 Soul Train Music Awards wearing this fully beaded dress. To the upper left side of the dress, you can see Whitney in a photograph wearing this dress during that performance. Whitney recorded with BeBe and CeCe several times during her career and also went on tour with them, turning down other projects at times to show support for her friends.